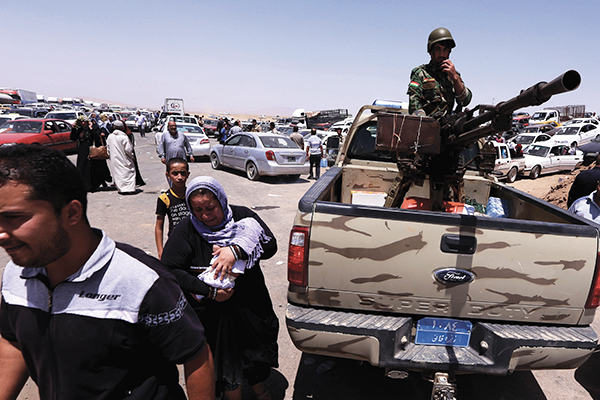 It’s barely been three years since U.S. troops pulled out of Iraq. The fall of Nineveh province and its capital, Mosul, the second largest city of Iraq, to the militant Islamic State of Iraq and the Levant group establishes the transience of America’s deus-ex-machina gains in the restive country. The success of the Sunni militant group, which has vowed it will “not stop this series of blessed invasions” and which is linked up with Syrian rebels, has startled the U.S., which is considering supporting Shia-led Baghdad with arms and drone strikes. The crisis runs the risk of going regional. Ankara has promised retaliation after ISIL stormed the Turkish consulate in Mosul, on June 11, and kidnapped 49 people, including the head of mission and three children. The slow-motion collapse of ‘liberated’ Iraq is good news for the Afghan Taliban. They’re counting the days to end-2016, when all U.S. forces are expected to leave Afghanistan, to start their own blessed invasions.