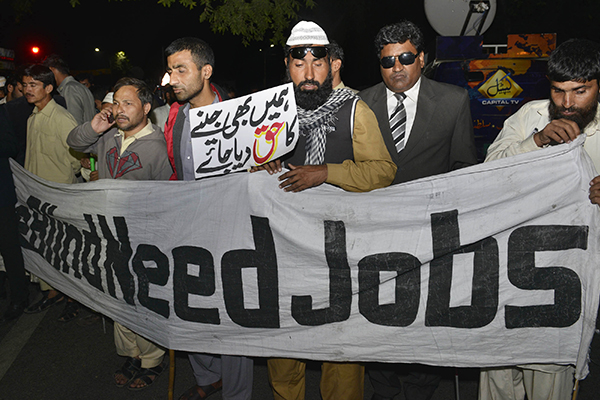 The Punjab Police marked the U.N. International Day of Persons with Disabilities, Dec. 3, by baton-charging and brutalizing some 70 blind protesters, who had gathered in Lahore to demand the provincial government abide by its affirmative-action commitment and provide jobs to the disabled. The outrageous police action, taken to “protect” the visiting President Mamnoon Hussain, left at least six protesters injured. Attempting to defend the indefensible, Irfan Siddiqui, a journalist turned adviser to the prime minister, said the “regrettable incident” should not be used as an excuse to rubbish the Punjab. Given the Punjab Police’s propensity to attack protesters and the province’s failure to set them right, this is asking for too much. In June, the force attacked and killed 14 members of the Pakistan Awami Tehreek in Lahore in a televised scare-tactic operation gone tragically wrong.