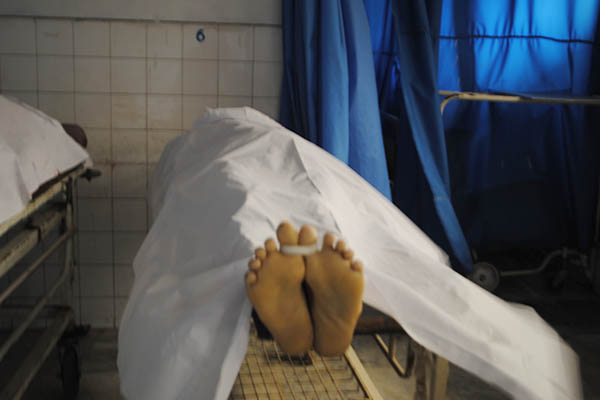 Search of Akakhel village after the conclusion of a military operation led to the deceased.

Authorities on Thursday found the bodies of 20 militants killed by military bombs earlier this week, an official said.

The bodies were found during a “search operation” at Akakhel village in the Khyber tribal district bordering Afghanistan where Taliban and Lashkar-e-Islam militant groups are active.

Pakistani troops concluded on Thursday a military operation against militants in the area that had been launched on July 18.

“Today during a search operation bodies of 20 militants were found,” said Khyber administration official Nasir Khan. He said helicopter gunships and artillery units during the past five days had been pounding militant hideouts in Akakhel village, which had been abandoned by tribesmen due to unrest.

“Most of the bodies are in very bad shape,” Khan said.

Separately, a senior security official said five soldiers were also killed during the gunfights and that the operation forces had captured eight militants.

Khyber straddles the NATO supply line into Afghanistan, used by U.S.-led troops to evacuate military equipment ahead of their 2014 withdrawal.