Home Culture Bollywood’s Women Get Their Time in the Spotlight

Bollywood’s Women Get Their Time in the Spotlight 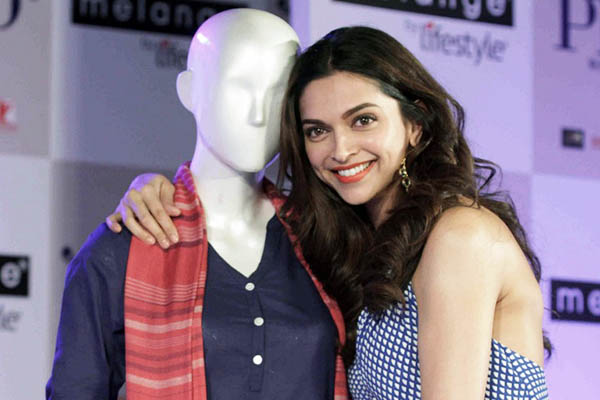 After decades of male domination, Bollywood has seen a recent wave of hit movies starring Indian women in tough, smart lead roles, suggesting the gender tide may finally be turning.

India’s moviegoers are used to watching glamorous and often scantily clad women on screen, almost always playing damsels in distress or love interests torn between family duty and following their heart. But a series of gritty leading roles for women, including a boxing champion and a detective, is marking a cinematic shift from outdated stereotypes to a more accurate reflection of modern India.

“The good-guy bad-guy formula is no longer working and we are exploring real stories,” said actress Huma Qureshi. “We are opening up to new experiences and that is reflective of society. The writing is improving and actors are willing to take more chances,” she added.

Qureshi co-starred with Madhuri Dixit in Dedh Ishqiya, a story about two strong women who refuse to play by the rules. It was one of more than a dozen women-centric Bollywood movies released last year that saw actresses—and not their male counterparts—plastered on promotional billboards across the country.

Others that made waves at the box office included Queen, Mary Kom, Mardaani and Highway, while Piku, NH10 and Tanu Weds Manu Returns did the same this year.

Chopra played world champion boxer Mary Kom in a 2014 biopic about the pugilist, while Kangana Ranaut’s character took off on a solo honeymoon to Europe after being dumped by her fiancée in Queen. Ranaut wowed audiences with her double role in Tanu Weds Manu Returns earlier this year while Padukone received plaudits playing a hard-working architect who arranges a road trip for her ailing father in Piku.

Hindi movies have long been made and marketed on the brand value and star power of the male hero, from actors Rajesh Khanna to Amitabh Bachchan, and Shah Rukh Khan to Salman Khan. But filmmaker Sujoy Ghosh believes Indian cinema-goers now increasingly care more about the depth of the plot rather than how many products the star’s face adorns, leading to a greater variety of roles for actresses.

“The audience has become more accepting of good content and as we see stronger women emerging in all fields, we are also willing to accept a film with a woman lead,” said Ghosh, who cast Vidya Balan as a pregnant woman searching for her missing husband in the 2012 thriller Kahaani.

Fellow director Vikas Bahl credits the success of his film Queen, cost $2.6 million to make but took around four times that, to the strength of the story. “With Queen I thought, ‘If I want to watch a film about a girl who gets dumped and wants to go on her honeymoon alone, then so will others.’ It is nice to see big actors in interesting roles,” Bahl told AFP.

Film critic Anupama Chopra believes it’s a golden period for Bollywood actresses. “We are seeing a generation of very strong women actors like Priyanka Chopra and Anushka Sharma who are looking to do something more than just be a clothes horse,” she said.

But it seems there is still some way to go before directors start receiving the same size of budget for a movie starring Padukone or Ranaut as they would for the likes of Bachchan or Khan. For a film with a female protagonist to get the go ahead, the budget must be kept low to lessen the risks and increase the possibility of profits, according to producer Dia Mirza.

Mirza, who produced Bobby Jasoos, a 2014 film about a female detective, suggests backers are wary of women-centric films because the Indian movie-going audience is largely male. “They seek a certain masculinity in cinema which is why commercial potboilers portray male protagonists in a certain way. Then a well-known entity is needed to generate audience interest but after that the story and content become crucial,” she said.