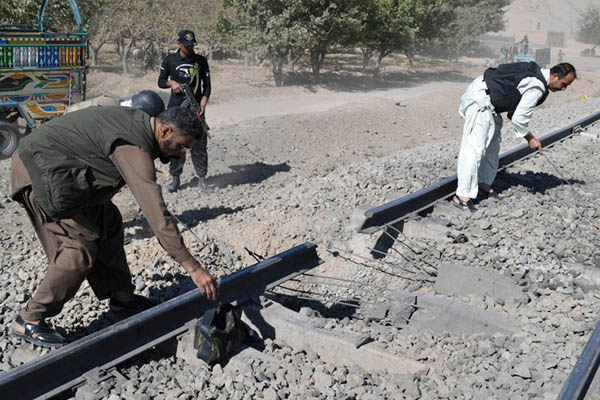 At least three killed, another 12 wounded after IED on track detonates.

At least three people were killed and 12 wounded when a passenger train hit a bomb planted on a railway track in Balochistan province on Sunday, officials said.

Anwar said the Jaffar express was traveling from Quetta to Rawalpindi in central Punjab province. One passenger wagon was damaged after it was derailed by the impact of the blast, he said.

“At least three passengers have been killed, two on spot while another succumbed to his injuries on his way to hospital,” Anwar said.

Anwar Sammo, another senior government official, told AFP that an IED [improvised explosive device] was used in the attack. “The IED was planted on the railway track. All those killed and injured were railway employees,” he said, adding that some 650 passengers were traveling in the train.

No group has yet claimed responsibility for the attack but Baloch separatists demanding greater autonomy have been waging an insurgency for years and the province is also riven by sectarian strife and Islamist violence.