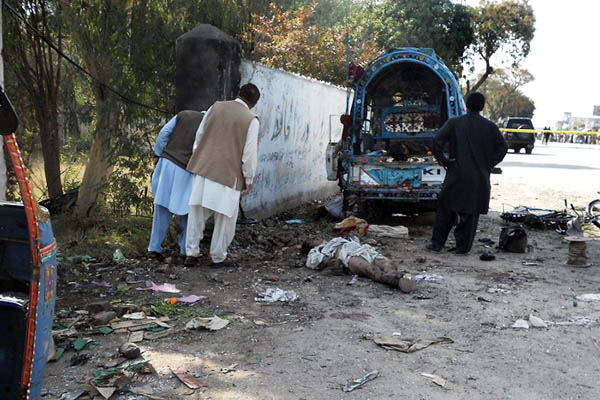 No group has claimed responsibility for explosives planted near bus stop in city center.

A bomb planted near a bus stop killed 12 people including two women and a child in Kohat city on Sunday, police said.

They said 12 more were injured when the bomb went off in the troubled province of Khyber-Pakhtunkhwa.

Police said around five kilograms of explosives were planted in a cooking oil container and placed near the bus stop in the city center before being detonated remotely.

District police chief Salim Khan Marwat gave the death toll, which rose from 10 after two victims died of their injuries in a Peshawar hospital. The bomb exploded near police and other government offices. It was also close to a busy marketplace and an area where many minority Shia Muslims live.

But authorities said it was too early to comment on the possible target.

No group immediately claimed responsibility for Sunday’s blast, but such attacks are regularly staged by the Pakistani Taliban. The group has been waging a bloody campaign against the Pakistani state since 2007 which has cost thousands of lives.