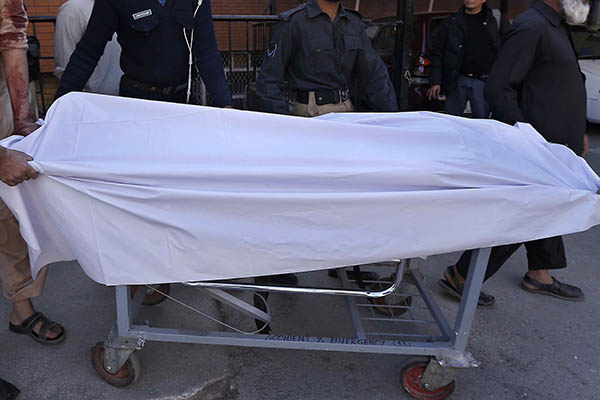 At least 12 people were killed and 11 injured when three roadside bombs targeting a polio vaccination team in the Khyber Agency exploded on Saturday, officials said.

The blasts near the Afghan border were the latest attack on efforts to stamp out the crippling disease in Pakistan, which is one of only three countries where polio remains endemic. Eleven paramilitary troops and one child died when the bombs detonated in the Lashora area of Jamrud Tehsil in Khyber Agency, said senior official Jahangir Khan.

The troops were protecting a convoy of anti-polio campaigners, Khan said, adding that two vehicles belonging to the medical team were damaged in the explosions.

The dead and injured have been shifted to a nearby hospital. “We have received 12 bodies, including an eight-year-old child,” said Dr. Sameen Jan, the head surgeon of the hospital.

Polio persists in Pakistan with militant groups seeing vaccination campaigns as a cover for espionage. There are also long-running rumors about polio drops causing infertility. According to the World Health Organization (WHO), Pakistan recorded 91 cases of polio last year, up from 58 in 2012. WHO has warned that Peshawar is the world’s “largest reservoir” of polio.