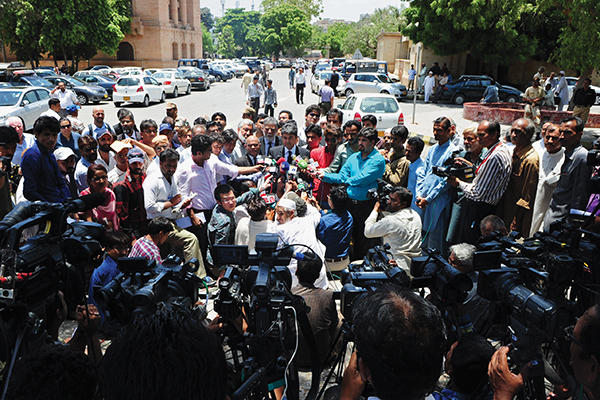 The final fate of Pervez Musharraf remains a very public point of friction between the Army and the government. The Army wants their former chief safe in Dubai. The judiciary and the Islamabad government want him hanged for, respectively, sacking and jailing judges in 2007 and sacking and jailing Prime Minister Nawaz Sharif in 1999. The hot rhetoric from both some judges and the ruling party impairs their ability to be flexible on Musharraf without grandly humiliating themselves. Neither wants to own the decision to free the ex-president from his legal troubles. So, on June 12, the Sindh High Court passed the buck again. It ordered that Musharraf be allowed to travel abroad, but only after 15 days. During this time, the court said, the government can appeal the decision at the Supreme Court. The saga has already cost the Sharif government at least five months of smooth sailing. If a compromise isn’t attained soon, it risks shipwreck.