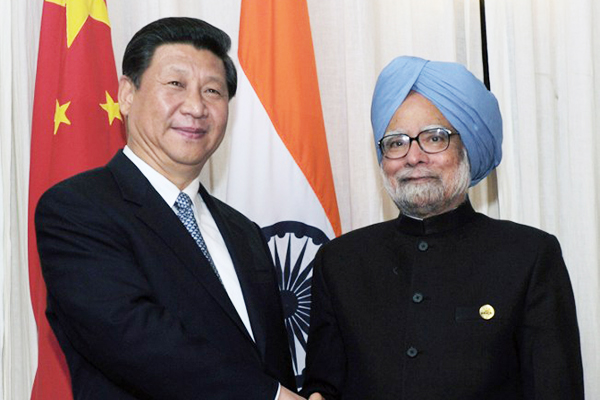 China has denied claims that its troops entered Indian territory on April 15.

India’s Foreign Minister Salman Khurshid said Thursday he would visit China on May 9 amid high tensions between the neighbors due to a flare-up at their disputed border.

“I believe we have a mutual interest and we should not destroy years of contributions we have put together,” he told reporters on the sidelines of a business event. “I think it is a good thing that we are having a dialogue.”

It was unclear if the trip was part of scheduled preparations for a visit by the newly-installed Chinese Premier Li Keqiang to India next month, but it comes at a time of rising friction between the neighbors. Li is due in New Delhi on May 20 for his first overseas trip, which was agreed last month by the leaders of both countries at a summit in South Africa, Times of India reported.

New Delhi says a platoon of Chinese troops moved into Indian territory on April 15 in a remote and desolate part of the Himalayas where the border is disputed. India has publicly called on the Chinese soldiers to withdraw, but several meetings between local Army commanders and diplomats from both sides have failed to resolve the standoff.

Times of India suggested the alleged incursion, denied by China, could be intended to pressure New Delhi into signing a new border cooperation agreement or retaliation for efforts to strengthen the Indian Army at the frontier.

While the Indian foreign ministry has sought to downplay the alleged incursion, the Army was pressing for “a show of force,” the daily said on a page of reports entitled “Dragon at the Gate.”