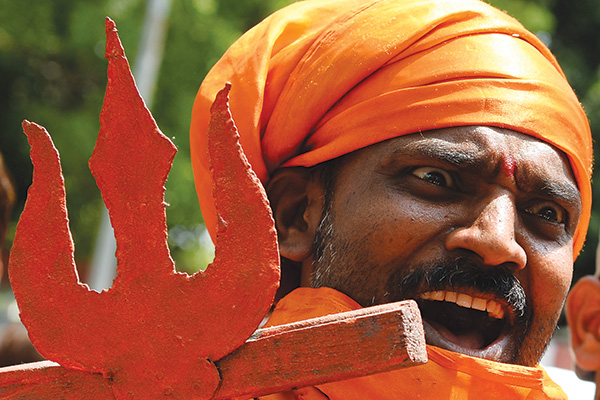 The chasm between Pakistan and India widened this week after the Indian Army accused Pakistani troops deployed along the Line of Control of killing two Indian soldiers and mutilating their bodies. In a statement, Pakistan’s ISPR rejected the claims, adding “Pakistan Army is a highly professional force and shall never disrespect a soldier even Indian.”

The latest allegations follow months of cross-border firing that has claimed dozen of soldiers and civilians on both sides. Meanwhile, the conflict has spread to both countries’ jingoistic media, with armchair pundits advocating outright war to appease the patriotic masses. In Pakistan, many claim India is trying to distract from its abusive occupation of Kashmir by accusing Islamabad of war crimes. Across the border, there are demands that India repay tenfold each life lost to Pakistani forces. Even Prime Minister Nawaz Sharif was caught up in the controversy, as it came on the heels of a private meeting between him and Indian tycoon Sajjan Jindal in Murree.

Earlier this year, New Delhi rejected an offer by U.S. President Donald Trump to mediate the Kashmir dispute. Similarly, the BJP-led government has dismissed an offer by Turkish President Recep Tayyip Erdogan to resolve the decades-long conflict through multilateral talks. In both instances, New Delhi claimed that the Kashmir issue can only be resolved through bilateral dialogue—which it refuses to engage in due to allegedly Pakistan-backed militancy in the region. The writing is on the wall: India wants peace, but only on its terms and without any involvement of a third party.

This state of affairs cannot continue. The latest uprising in India-administered Kashmir has lasted almost a year, with no end in sight, and reports of human rights abuses by Indian forces are daily routine. Neither country is gaining anything by backing the status quo. But will either have the courage to take the first step toward resolution?