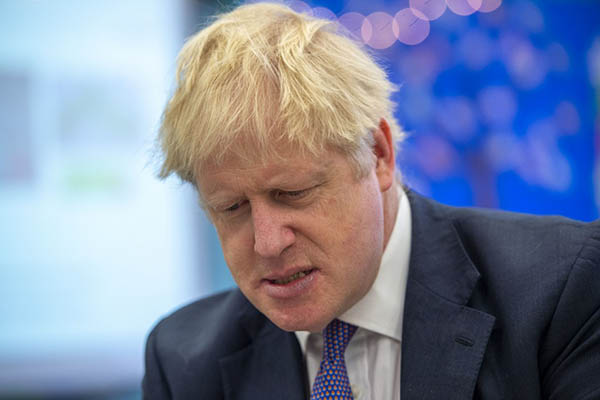 Polls set for Dec. 12, as P.M. Johnson claims voting for his party is the only way to deliver a ‘great Brexit’ from the European Union

Johnson’s sparring with the main opposition Labour Party leader Jeremy Corbyn came a day after M.P.s backed the premier’s call for Britain’s third election in four years. The Dec. 12 poll was decided just a few hours after Brussels extended this week’s Brexit deadline to give London more time to figure out what it plans to do.

Parliament now has up until Jan. 31 to either lend its support to Johnson’s divorce deal or even push for a second referendum on leaving the European Union that might help Britain move past its biggest political crisis since World War II.

Weary leaders in Europe will hope the vote ends the years of uncertainty that have chilled the business investment climate and required costly preparations for the possibility of a chaotic “no-deal” end to the 46-year relationship.

Johnson said at a record-breaking 71-minute question-and-answer session in parliament that the “only way to deliver a great Brexit is to vote for this party and for this government.” He accused the socialist Labour leader of engaging in a “flip-flop” over Brexit and pushing an “economically disastrous” re-nationalization program.

Corbyn shot back by claiming that the Conservative prime minister’s post-Brexit trade proposals were selling out British interests to U.S. President Donald Trump. “Despite his denials, [the National Health Service] is up for grabs by U.S. corporations in a Trump-style trade deal,” Corbyn said.

Corbyn’s attack line underscores Labour’s desire to shift the campaign’s focus to traditional social issues and away from its past difficulties with Brexit, the defining issue of U.K. politics.

Britain’s first December vote in nearly 100 years and third general election in four years was all but confirmed on Wednesday after the legislation cleared its final hurdle in the House of Lords. It finds Corbyn’s party splintered by bitter feuds.

Pro-E.U. Labour supporters from big cities have been at loggerheads with Brexit-backing groups such as the powerful trade unions. Some top party officials have further suggested the party should pick a new leader should it flounder at the polls.

But the 70-year-old Corbyn used his socialist message to stir up a young new support base that nearly helped Labour score a huge upset victory in the last general election in 2017.

Labour’s Brexit promise is to strike an agreement with Brussels that would preserve many of the existing trade ties. It would then let voters choose between that deal and the option of simply staying in the E.U.

The two other main players—the Liberal Democrats and the Scottish National Party—are adopting much firmer stances against Brexit. The SNP also sees the election as another chance to bolster support for Scottish independence.

“A vote for the SNP is a vote to put Scotland’s future into Scotland’s hands and demand the right to choose our own future,” party leader Nicola Sturgeon told Britain’s Press Association news agency.

The fast-rising Lib Dems are instead using a simple promise of stopping the E.U.-U.K. divorce by any means. The party used a similar message to finish a surprising second in the European Parliament elections in May.

A poll of polls compiled by Britain Elects put them in third place with 18 percent of the vote. The Conservatives were leading Labour by a 35-25 margin.

Similar outcomes could turn both the SNP and the Lib Dems into power brokers who decide the makeup and direction of the new government.

The Brexit Party of anti-European populist Nigel Farage stands on the opposite end of the political spectrum and is polling at around 11 percent. Farage was one of the Brexit campaign’s figureheads who won the May European poll within months of forming his new group. But his party’s impact has been muted by Johnson’s own firm pro-Brexit message.