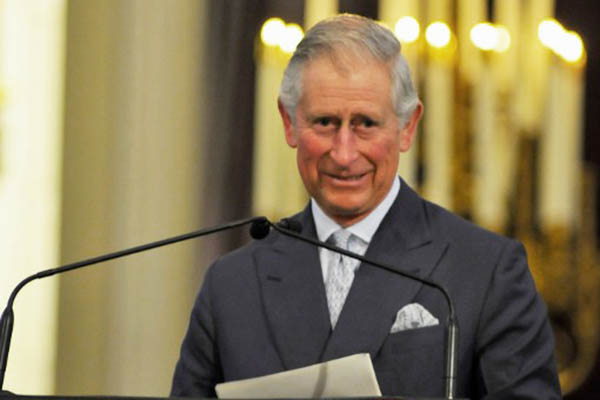 The documents could potentially reveal the prince’s interference into political matters outside his purview.

Britain’s top court on Thursday ruled that secret letters from Prince Charles to government ministries should be published, in a potential setback for the monarchy seen as a victory for media freedoms.

“The Supreme Court dismisses the attorney general’s appeal,” read the ruling, after the government went to court to prevent the publication of secret letters dubbed the “black spider memos” due to Charles’ scrawled handwriting. The letters have the potential to reinforce Charles’ reputation as “The Meddling Prince,” a moniker he earned for speaking out on pet topics—at times leading to accusations he overstepped the convention of a politically neutral royal family.

“The black spider memos will inspire a necessary debate about the parameters of royal interference,” said royal commentator Andrew Morton. “If his views alienate a large section of the population then inevitably the popularity of the monarchy will be adversely affected.”

The case relates to 27 items of correspondence sent in 2004 and 2005 by Charles, who is known for his outspoken views on the environment and energetic activism on social issues. The letters were sent to seven government departments and the previous attorney general, who stopped their publication on the basis that they reflected the prince’s “most deeply held personal views and beliefs.”

The government had vetoed the release of the letters under Freedom of Information laws, but the courts have now struck this down. The ruling was immediately praised by the Guardian newspaper, which had brought the case to court and waged a 10-year campaign to make them public. “Guardian wins,” wrote Guardian editor Alan Rusbridger on Twitter. “This is a good day for transparency in government and shows how essential it is to have a fully independent judiciary and free press,” Rusbridger added in a statement.

But a spokesman for Clarence House, the home of Charles and his wife Camilla, Duchess of Cornwall, said the residence was “disappointed the principle of privacy has not been upheld.”

No date has been fixed for the letters’ publication, although the BBC reported that the government now has 30 days to release them.

Prime Minister David Cameron called it a “disappointing judgment” and said that the government would consider amending the law for future cases, though this cannot happen before a May election as parliament has closed. “This is about the principle that senior members of the royal family are able to express their views to government confidentially. I think most people would agree this is fair enough,” Cameron said.

The 66-year-old Prince of Wales, Queen Elizabeth’s eldest son, has spent a lifetime in preparation for the throne. But a new biography of Charles last year reignited debate about whether he is fit to become king.

Catherine Mayer’s Charles: The Heart of a King portrays a royal household riven with infighting, and an heir to the throne uncomfortable with the distant impartiality that has been the hallmark of his mother Queen Elizabeth II’s reign.

Morton, who has written a biography of Princess Diana and a book about Edward VIII, who reigned for a year in 1936 before abdicating, said that Charles had long indicated he would be a different sort of monarch. “Interference is his middle name,” Morton said. “His is not a tap of principle that can simply be turned on or off when he becomes king.”