Britain’s Corbyn Calls for May to Quit After Election Losses 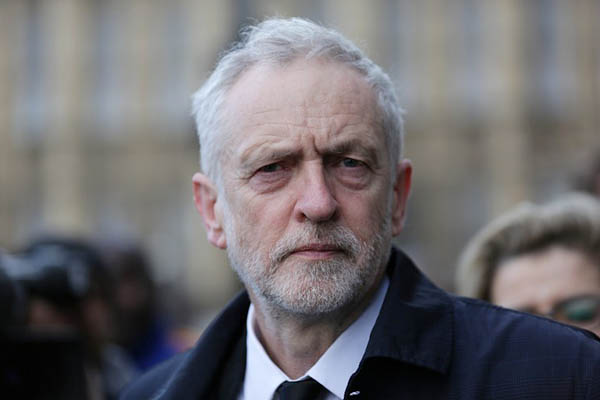 Labour leader says British P.M. no longer enjoys support or confidence and must step down

British Prime Minister Theresa May should step down after losses for her Conservative Party in the general election, Labour leader Jeremy Corbyn said on Friday.

May “has lost Conservative seats, lost votes, lost support and lost confidence. I would have thought that’s enough to go,” Corbyn said after being re-elected in his Islington North constituency in central London.

May’s Conservative party won the snap election on Friday but lost its parliamentary majority, according to a shock exit poll released as polling stations across Britain closed on Thursday evening. It projected that May’s party could fall from 330 to 314 seats, short of a majority in the 650-seat House of Commons.

May surprised the country in April by calling the snap election, seeking to shore up her 17-seat majority ahead of two years of grueling talks with the European Union over its departure from the bloc.

For Corbyn, the ruling party’s losses showed voters had “turned their backs on the politics of austerity.”

“What’s happened is people have said they have had quite enough of austerity,” he said, adding it was time for a government that is “truly representative of all the people of this country.”

Earlier in the night, Corbyn said his campaign had upended the country’s political landscape. “Whatever the final result, our positive campaign has changed politics for the better,” he said in a tweet after the exit poll predicted unexpected gains for Labour.