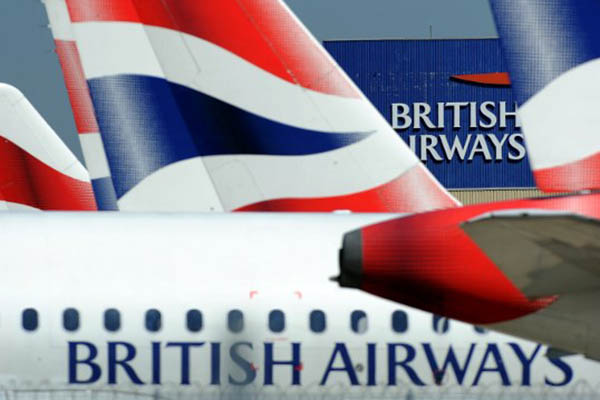 British Airways landed back in Pakistan on Monday, in a major vote of confidence from a Western airline after suspending operations due to security fears over a decade ago.

Britain is home to more than a million people of Pakistani origin, making it the largest Pakistani diaspora community in Europe. “Britain’s flag carrier is back. The two countries, so close in so many ways, take a step closer,” British High Commissioner to Pakistan, Thomas Drew, said in a statement. “It is of course tribute to the great improvements in the security situation in Pakistan in recent years.”

BA had six weekly flights to Islamabad before the Marriott attack, which killed more than 50 people and triggered a major drawdown by embassies and international agencies over safety concerns. Struggling Pakistan International Airlines had until Monday been the only carrier with direct flights between the two countries.

Since the Marriott attack, the country has been largely dependent on Middle Eastern airlines such as Emirates and Etihad, with most international flights routed through the Gulf. “Usually I take the connecting flights so this was a very refreshing experience and looking forward to going back as well,” Sana Khan, a doctor based Britain, told AFP after touching down in Islamabad.

Hong Kong-based Cathay Pacific was one of the last major international carriers to cease operations in Pakistan after dozens were killed during a 2014 siege at Karachi airport by Taliban militants.

Pakistan has battled homegrown militancy for nearly 15 years, with tens of thousands of people killed. But the country has seen a dramatic turnaround recently, with security largely stabilized following several military offensives along the Afghan border and crackdowns on insurgents in urban centers.

Many Western countries continue to have travel advisories in place to warn their citizens of the potential for kidnapping and bomb attacks, especially in areas near the Afghan border.

British Airways’ return also comes as Pakistan continues to restrict large swathes of its eastern airspace following a confrontation with India in February, effectively closing off major international flight routes in and out of Islamabad and Lahore headed east while also disrupting Indian flights. A Pakistani security official said the restrictions would continue until at least June 15.