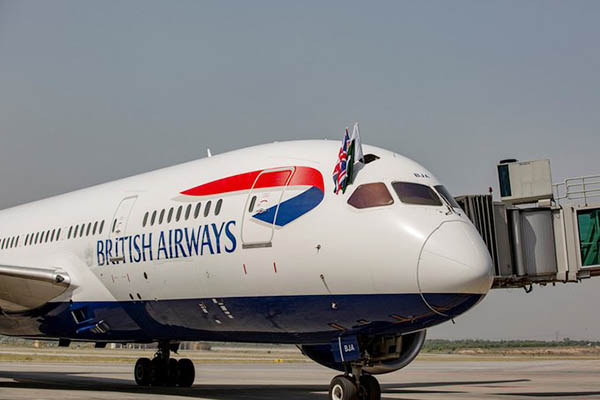 British High Commission says flights will start from Oct. 14 and will be operational four days a week

According to a statement issued by the British High Commission, the flights would be operated by a Boeing 787-8 and would be scheduled four days a week. It noted that Lahore was the second city being covered by British Airways; the airline already flies daily flights from Islamabad to the U.K. Through this arrangement, British Airways would connect Lahore to London, the United States, and Canada, it added.

“The first-ever British Airways flight to Lahore is a sign of confidence in Pakistan, and the deepening ties between our two countries,” said British High Commissioner to Pakistan Dr. Christian Turner. “I hope it will open up even more opportunities for business links, people-to-people ties and tourism,” he added.

Moran Birger, head of sales for British Airways’ Middle East and Asia Pacific operations, said the company was “delighted” to commence direct flights between Lahore and London. “Our new services from Lahore will connect two of Pakistan’s biggest cities with London, and offer seamless transfer options to Manchester, the United States and Canada,” he said. “Following the relaunch of services from Islamabad to Heathrow earlier this year, this new flight from Lahore represents our continued investment in Pakistan, and we look forward to welcoming our customers on board,” he added.

Tickets for the first British Airways flights between Lahore and London have already gone on sale, with the airline saying return fares start as low as $657 if booked in advance.