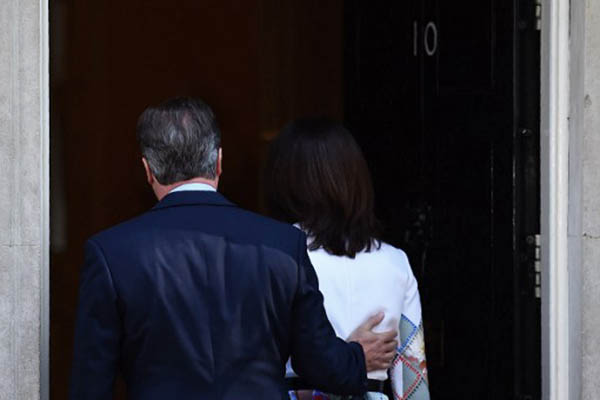 Britain should have a new leader by early October, says Conservative politician.

Prime Minister David Cameron announced Friday he will resign after Britons voted to leave the European Union despite his campaign to keep it in the bloc.

Cameron promised to try to “steady the ship” over the next months and did not give a precise timetable for his departure but said a new leader should be installed by early October. “I do not think it would be right for me to try to be the captain that steers our country to its next destination,” the British leader said outside his Downing Street residence in London.

He said his successor should trigger the formal process for Britain to leave the European Union. “I think it’s right that this new prime minister takes the decision about when to trigger Article 50,” Cameron said. “I would also reassure Brits living in European countries and European citizens living here that there will be no immediate changes in your circumstances,” he said.

Flanked by his wife Samantha, Cameron said he had fought to retain Britain’s membership of the E.U. “head, heart and soul—I held nothing back.” But he added: “The British people have made a very clear decision to take a different path and as such, I think the country requires fresh leadership to take it in this direction.”

Britons decided by 52 percent to 48 percent in favor of quitting the E.U., a margin of more than one million votes, final results showed.