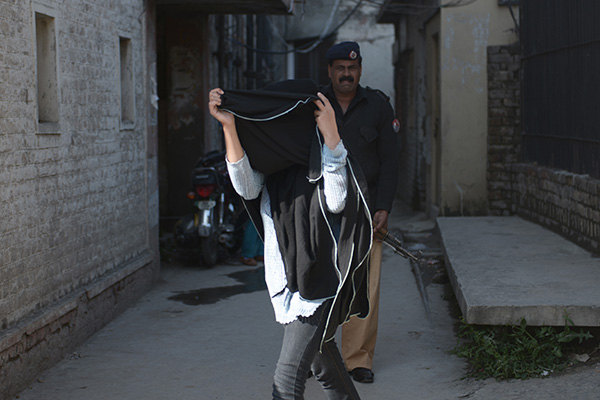 Khadija Shah’s lawyer claims she had no idea there were drugs in her luggage and they will appeal her sentence.

A court in Pakistan on Tuesday jailed a British mother-of-three for life for attempting to smuggle 63 kilograms of heroin out of the country.

Khadija Shah, who is from Birmingham and of Pakistani descent, was arrested at Islamabad airport in May 2012 when the drugs were found in her luggage. She was convicted and sentenced at a special narcotics court in Rawalpindi, according to legal papers seen by AFP. She was also fined Rs. 300,000.

Shah, 26, who was six months pregnant when she was arrested, denied the allegations. She gave birth to a daughter last September while in custody on the drugs charges. Her lawyer Shehzad Akbar said she had no idea there were drugs in her luggage and they would appeal.

Legal charity Reprieve urged the British government to help. “This is a terrible outcome for Khadija and her baby Malaika,” Maya Foa of Reprieve said in a release. “As happens in hundreds of cases, she was used as a drugs mule without her knowledge, and yet is facing life in a Pakistani prison.”

This is a tragic account of plight of a young innnocent woman and her baby. Ms Shah seems to be an intelligent , educated and smart woman. She should have been more careful , while accepting baggage from any one. She made a mistake, and now she is paying the price

Some clever operative has taken advantage of her naviety and innocence.

I have sympathy with her due to the little baby who has to suffer through her irdeal without any fault.

The judge should have taken lenient view of her circumstances, while sentencing her.
She may have to go a long imprisonment in this case. It is nit a pkeasant prospect. May God help her in this ordeal.