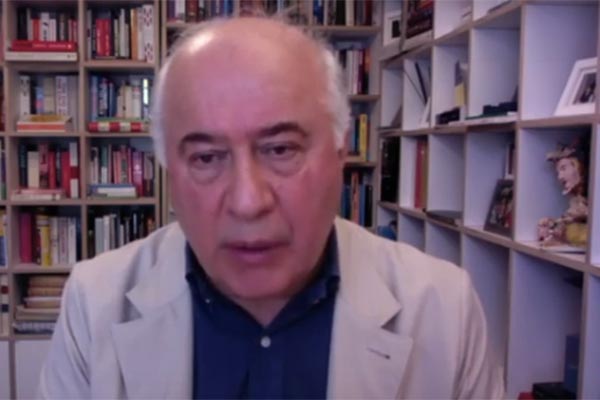 In interview, Kaveh Moussavi maintains firm did not want to become tool of political witch-hunts

Kaveh Moussavi, the owner of international assets recovery firm Broadsheet LLC, has alleged that he informed both the Pakistan Muslim League (Nawaz) and Pakistan Tehreek-e-Insaf governments of a $1 billion account owned by a Pakistani individual but this information was ignored by both.

In an interview with a U.K.-based web channel, he claimed he had informed Adviser to the P.M. on Accountability Shahzad Akbar in 2018 that a Pakistani individual had an international bank account with $1 billion. However, he said, Akbar didn’t want to pursue it. “I met a Pakistani general in London and we discussed it [bank account]—I’ve given an affidavit to the U.K.’s National Crime Agency on this [also]—but they [Pakistan government] completely ignored that information,” he said, claiming he had also alerted the PMLN government of this account in 2017 but gotten no response.

Pakistan this month paid $28.706 million to Broadsheet LLC after losing litigation at the London High Court. In 2000, the firm was hired by the Pervez Musharraf-led government to retrieve allegedly illegal offshore assets of Pakistani politicians and businessmen, with the agreement guaranteeing the firm 20 percent of all recoveries. The contract was terminated in 2003, prompting Broadsheet to seek financial compensation per the terms of the original deal.

According to Moussavi, his firm’s deal with Musharraf sought to target all “stolen assets,” not just those belonging to the Sharif family. He said a key condition of the deal was that it would not be revoked if there were a change in government. “We had lawyers in Pakistan working with us, they were liaising with NAB [anti-graft National Accountability Bureau],” he said, admitting that the initial focus was on Sharif and his government. “But we insisted we would not be a tool of a political witch-hunt and said previous governments should be looked at too,” he said, claiming this included the PPP.

The litigator said his firm had informed Musharraf that its list of “targets” was incomplete. “We told them we think, from preliminary investigation, that some other people should be in that list. Those negotiations at the time showed us that this was possibly politically inspired. We said we aren’t prepared to engage in political witch hunts… if you want an anti-corruption effort it must be across the board,” he said, claiming the firm had compiled a list of 200 people and companies that had allegedly secured ill-gotten assets overseas. “We wanted to go after enemies of the people of Pakistan,” he claimed.

During the interview, Moussavi praised Lt. Gen. (retd.) Mohammad Amjad—the NAB chairman between 1999 and 2000—claiming the probe had been very successful during his tenure. He said subsequent chairmen Gen. Maqbool and Gen. Hafeez had found evidence that “the court didn’t find credible.” He claimed NAB had gone “downhill” after Amjad was removed. “If I had suspected it would fall apart this quickly, I would never have entered this agreement,” he said.

He claimed he had met Musharraf at the Oxford Union in 2007 and been told that the Supreme Court had told the military dictator that an election was necessary. “They [politicians] came back to power and gutted NAB,” he cited Musharraf as telling him—a curious assertion considering the next government did not come into power until 2008.

Moussavi maintains his company did no wrong. “Broadsheet did its work,” he said, claiming it was “sacked because it was too successful.” He also maintained that he still had evidence against the Sharifs and several other Pakistanis, adding that the company didn’t pursue the Avenfield case “because we found other money in the Pakistan government’s accounts.”

Moussavi also alleged that someone linked to Nawaz Sharif had attempted to bribe Broadsheet to halt the probe into his overseas assets. He said the firm had rejected the offer outright.

Referring to his meeting with PTI’s Akbar, he said they had met twice in October 2018, adding the purpose of the meetings was to seek a reduction in the fine imposed by court. “He asked for a discount! I told him: this is not a souk—it’s a court order,” he said, adding that he had no enmity with the present setup but had become “somewhat skeptical to their claims of probity.”

To a question, Moussavi said he was willing to return the fined amount to the Government of Pakistan if it contracted his company to go after the allegedly illegal overseas assets of Pakistani individuals. “I am more than happy to give back the money we have seized to the Imran Khan government. I know him to be a man of integrity, whether he has the power to deliver only God knows. I have no doubt Shahzad Akbar has integrity but he has no power. I am prepared to state: every penny the court has ordered, I am willing to hand it back as long as they show us the commitment that they want us to go after the thieves under a new contract,” he said.

In a subsequent press conference, Akbar did not comment on claims of him ignoring any $1 billion account, but was quick to claim that the interview proved the “lies” of the Sharif family.