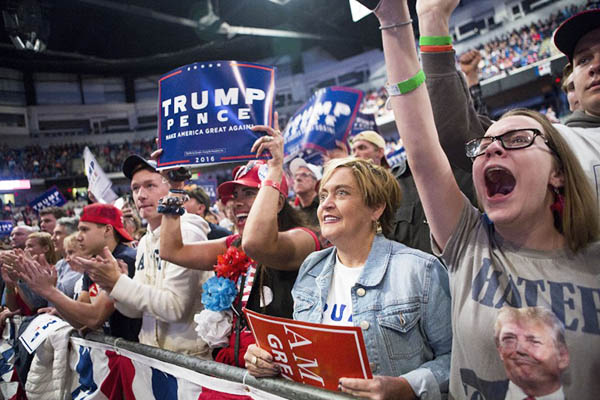 The West is undergoing big changes. Globalization, once decreed by Adam Smith as essential to economic development and a barrier to protectionism, is under attack. Cross-border movement of people, the central pillar of American exceptionalism, is no longer a vote-catcher. America wants illegal entrants to go away; Britain doesn’t want immigrants who work for low wages causing domestic lay-offs. Globalization is thought to have enriched the Third World and taken jobs away from the First World. Voters are taking revenge.

The mid-century post-war paradigm appears to have crashed. The new one is not yet on the horizon. This leaves large swathes of people fearful of the future, while not caring to live with the present.

Globalization has benefited some countries still gathering lineaments of “normal” states in the eyes of the West. The “market” has taken over barring all judgmental criteria. But states are struggling all over the globe. In South America, socialist idealism is under challenge and violence is driving people out of the states where they no longer feel safe. In Africa, whole populations are on the move, gravitating to Europe on leaking boats from the African Mediterranean coast.

Sadly, Muslims are within the locus of this change. Europe is in the process of abandoning the humanism that accompanied its demand for expat labor as birth-rates fell. France is ready to confront its “Muslim problem” once—as is becoming increasingly clear—the current government loses to the ultra-right party of Marine Le Pen in the next election. Expat Muslims fleeing sectarian massacres back home are less and less able to integrate in their host states. Benign governments in the West are threatened with fall; and the less benign ones are ready to cope with “Muslim militancy” with tough policies.

The Muslim world is in crisis. For the Muslim state going Islamic is no longer viable because of its ingrained violence. The world needs to find a new paradigm to survive.