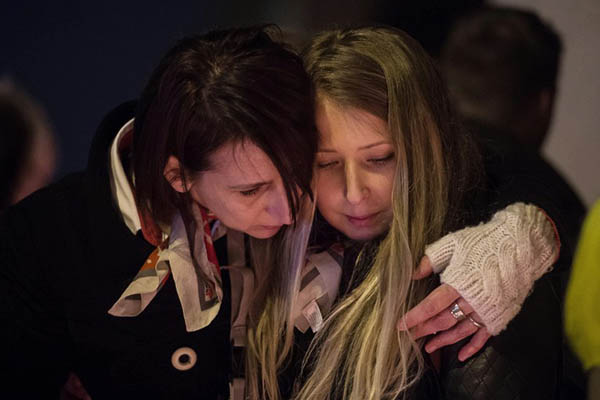 Security experts say that while some terrorists can be caught, overwhelming numbers of militants make it clear some will always escape.

The carnage unleashed in Brussels on Tuesday shows that the Islamic State group is still capable of staging mass-casualty attacks in Belgium and Europe despite an intensifying security crackdown, experts say.

A senior French counter-terrorism official said the attacks were unlikely to be a direct response to the arrest in Brussels just four days earlier of Salah Abdeslam, suspected of being the last surviving member of the jihadist team that struck Paris in November. He noted that the I.S. group that claimed the Paris massacres never recognized Abdeslam’s involvement—possibly because he abandoned plans to blow himself up at the last minute.

Instead, the official said Tuesday’s bombings, also claimed by I.S., were more likely a response to previous police raids in Belgium, such as an operation in the town of Verviers in January 2015 when two jihadists were killed and another arrested. “They want to show: ‘You have arrested some of us, but we are still here. You cannot stop us’,” the official said on condition of anonymity.

The Brussels bombings came at a time when I.S. is under pressure and losing territory in its strongholds in Iraq and Syria. “The more I.S. loses territory in Syria, the more they will export attacks,” said the official.

There is disagreement over whether the jihadists could have organized the assaults on the Brussels airport and metro quickly enough to be a response to Abdeslam’s arrest on Friday. “These attacks normally take a fair bit of preparation, in terms of reconnaissance, explosives preparations, coordination,” said Matthew Henman, head of the IHS Jane’s Terrorism and Insurgency Center in London. “It is perhaps more likely that this series of attacks was already being planned, was in its advanced stages, and that its conduct was brought forward in response to the Abdeslam arrest,” he said.

Belgian Foreign Minister Didier Reynders said Sunday that Abdeslam appeared to have been planning an attack on Brussels before his arrest. Abdeslam told investigators “he was ready to restart something in Brussels… we have found a lot of weapons, heavy weapons, in the first investigations and we have found a new network around him in Brussels,” Reynders said. “No one can mount an attack like this in 48 hours,” added Thomas Hegghammer, a terrorism expert with the Norwegian Defense Research Establishment.

But the French counter-terrorism official said Tuesday’s operation would “not necessarily require weeks of preparation.”

“When you’ve got explosives, Kalashnikovs, guys ready to go, it can be mounted very quickly: ‘You go hit the airport, and we’ll go hit the metro.’ In a few minutes, it’s decided,” he said.

These opposing viewpoints may not be entirely contradictory. The new reality of jihadism in Europe is of entrenched networks that are fairly resistant to police disruption and prepared to act at a moment’s notice—even in a country like Belgium that is on high alert.

“In the past, Islamist groups carried out one big attack and then they were rolled up and not able to carry out anything else,” Henman said. “But here we are working on the credible but unconfirmed assumption that this is the same network that carried out the Paris attacks. That would mean a deeply embedded network that was not only able to survive the counter-terrorism operations that followed the Paris attacks, but also to launch another large-scale operation in a major European city,” he said. “That capability is relatively new from a militant Islamist perspective.”

Hegghammer said the ability of a jihadist network to survive a major international police crackdown was “unprecedented.”

“[The authorities] identified the network and weren’t able to uproot it. This is a watershed moment. It shows that the counter-terrorism capabilities in Brussels and maybe Europe as a whole are too weak compared to the threat,” Hegghammer said.

Investigators do not yet know whether Tuesday’s attackers had direct links to the cell that carried out the Paris attacks or whether they kept themselves separate to avoid detection. But links between cells have been found in the past. The Verviers cell, for example, was in phone contact with Abdelhamid Abaaoud, the suspected ringleader of the Paris attacks who was killed in a police raid a few days later. The woman who informed police about Abaaoud’s whereabouts has told reporters he boasted of travelling to Europe with 90 other I.S. operatives.

“We have to accept that things will get worse before they get better,” the counter-terrorism official said. “We will catch certain teams, there have never been so many arrests. But we are overwhelmed by the number, and we won’t get all of them.”