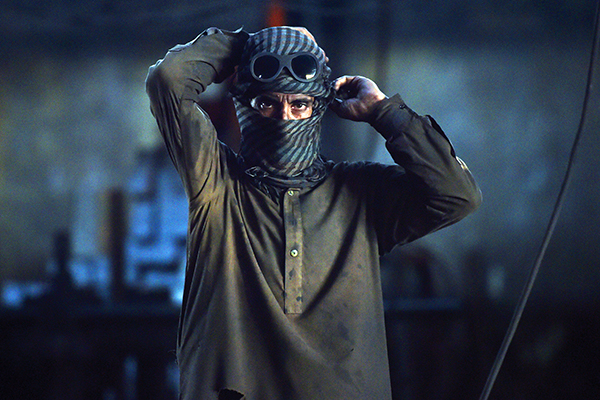 Pakistan’s FDI isn’t registering all the great news about the economy.

There appears to be a disconnect between what the International Monetary Fund, Moody’s, and Standard & Poor’s are saying on the one hand, and Foreign Direct Investment on the other.

On May 5, S&P said that “Pakistan has made significant progress in stabilizing its economic, fiscal, and external performance” under the Nawaz Sharif government. “Financing conditions have also eased considerably,” it added, explaining its rationale for revising the outlook on Pakistan’s long-term ratings from stable to positive. “We are also affirming our ‘B minus’ long-term and ‘B’ short-term sovereign credit ratings.”

About two months later, on July 14, Moody’s improved its outlook on Pakistan’s foreign-currency bond rating from stable to positive citing “stabilization in the country’s external liquidity position … supported by the government’s strong commitment to reforms under an ongoing program with the [IMF] … Foreign reserves have risen, from a low of $2.9 billion in early February 2014 to $9 billion by the end of June … Despite a weak track record with previous programs, Pakistan is making steady progress in meeting reform benchmarks.”

Earlier this month, an IMF mission that met with the finance minister, the State Bank of Pakistan governor and others said that “Pakistan’s economy continues to improve. Real GDP growth is expected to increase to 4.5 percent this fiscal year … Inflation dropped to 1.8 percent in July … The authorities have continued to make good progress in implementing their economic program … Overall, the authorities’ reform program has significantly reduced near-term risks with substantial narrowing of the budget deficit and rebuilding of the foreign exchange buffers.”

The fact is that FDI peaked at $5.4 billion in 2007-2008 before tumbling to a 13-year low of $709 million in 2014-2015. So FDI appears to be driven by factors quite other than those being heralded by the IMF, Moody’s or S&P. Of course, the factors that actually bring in foreign investment are far more important than the opinions expressed—and conclusions reached—by multilateral lenders and credit rating agencies.

One place to look for the real factors is the World Bank Group’s Doing Business index, which ranks 189 countries on the basis of “ease of doing business” in 10 categories. In the last report, Singapore is No. 1 and Pakistan—in the company of Bhutan, Mozambique, Lesotho and Ethiopia—No. 128.

There appears to be a strong correlation between the Doing Business index and FDI: Singapore’s stock of FDI amounts to over $850 billion while Pakistan’s accumulated 68-year stock hovers around $60 billion. There’s evidence that the cost of doing business in Pakistan is rising, the rupee is overvalued and energy shortages are causing annual losses of up to 2 percent of GDP.

Twain got it right when he said that, “There is something fascinating about science. One gets such wholesale returns of conjecture out of such a trifling investment of fact.”