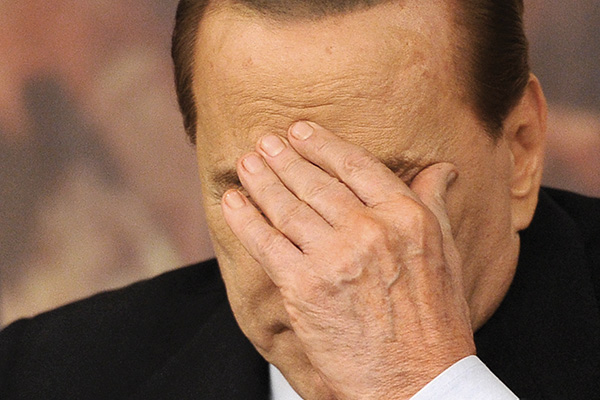 Conviction but likely no prison for Berlusconi.

It took 20 months, 32 witnesses, and more than 50 hearings to convict Silvio Berlusconi of paying an underage belly dancer known as Ruby the Heart Stealer for sex, but not everyone agrees that justice was served. On June 24, the former prime minister, now 76, was sentenced to seven years in prison and banned from holding public office for paying Karima El Mahroug for sex on 13 occasions beginning on Valentine’s Day 2010, when she was just 17. He was also convicted of abuse of office for calling a Milan police station to spring El Mahroug from jail on unrelated theft charges when he was prime minister. He is appealing both convictions.

For many, the case was never about sex-for-hire or the exploitation of a minor, but instead about what Berlusconi believes is a 20-year persecution by leftwing magistrates hell-bent on embarrassing him at any cost. Both Berlusconi and El Mahroug deny having sex, insisting that the $80,000 payout was for a depilatory machine for a beauty center she hoped to open. But the all-female panel of judges came down hard on the former cruise-ship crooner, adding a year more to his sentence than the prosecution had called for. Berlusconi, however, will likely never serve jail time. By the time his appeals are exhausted, a process that could take several years, he will be too old to be imprisoned under an Italian law that keeps octogenarians convicted for nonviolent crimes out of jail.

The case has been highly divisive, with many Italians taking Berlusconi’s side. This is a man who, despite a seemingly insatiable appetite for young women and apparent inability to follow certain rules (he was also recently convicted of tax fraud), still maintains strong support. His center-right coalition is the key to Italy’s political stability, and he could easily pull his support from current government leader Enrico Letta, causing the government to collapse once again. “This is a plot to execute me politically,” he said after the ruling, referring to the added penalty of being banned from holding public office for life. “But they won’t keep me down. Once again, I intend to resist this persecution, because I am absolutely innocent, and I will never abandon my battle to create an Italy that is free and just.”