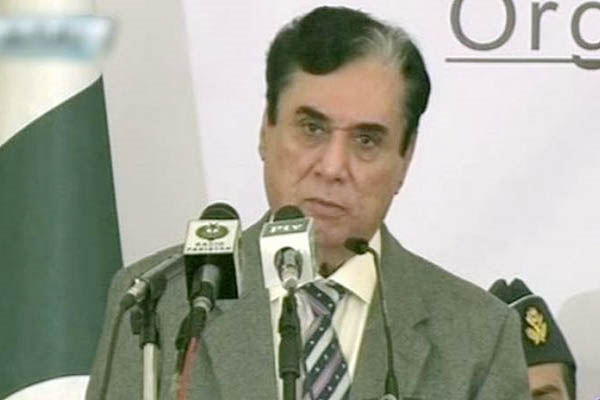 Prime Minister Imran Khan, and his federal cabinet, last week let businessmen and bureaucrats off the hook from the jurisdiction of the National Accountability Bureau (NAB). The opposition, instead of welcoming the curtailment of NAB’s dragnet, has perversely criticized it as if they want the business and administration to continue suffering assaults from the anti-graft watchdog. The Lahore High Court and the Supreme Court have been moved against the National Accountability (Second Amendment) Ordinance, 2019, on the grounds that it creates “an exception by giving relief to civil servants and businessmen.”

NAB is empowered to arrest its victims on mere suspicion and is not required to prove the guilt of those arrested; those who get picked up and rot in NAB’s prisons without bail have to then endeavor to prove themselves not-guilty. NAB primarily targets politicians; it also arrests businessmen suspected of siding with politicians. Shahid Khaqan Abbasi, the 21st Prime Minister of Pakistan from August 2017 to May 2018, has been in a NAB cell since July, as it looks around for something to pin on him.

Pakistan’s beleaguered business community—already dealing with an ongoing economic slowdown—saw the end coming under NAB, which appears to have no clue about how the economy runs these days, least of all being cognizant of the fact that 57 billionaires in India run 70 percent of the Indian economy. This doesn’t even take into account the kind of transfer of technology that India enjoys, and which Pakistan has been unable to manage because its premier engineering university in Lahore was, until relatively recently, being run by the world’s biggest terrorist, Lashkar-e-Taiba chief Hafiz Muhammad Saeed, who has teaching Islamic Studies there.

Recently, Pakistan’s harassed businessmen had a good meeting with Army chief Gen. Qamar Javed Bajwa; and NAB thereafter publicly excused itself from subjecting them to its brand of accountability, which meant billionaires, unlike the celebrity status they enjoy in India, were found rotting in its smelly jails.

Then the bureaucracy wanted to protest too, more suitably to the Army chief, because NAB was nabbing the top civil servants in charge of taking big decisions, and keeping them in the doghouse till they pleaded guilty. At the National Institute of Public Policy, Lahore, two civil servants—Shahid Rahim Sheikh and Saifullah Khalid—prepared a study explaining why civil servants had stopped helping the elected government in the implementation of public projects: “Bureaucratic Decision-making amid Multiple Accountability.”

The study begins thus: “Turbulent political developments also destabilized the Principal-Agent relationship between politicians and civil servants. This relationship had taken shape over a decade of democratic dispensation (2008-18). In the whirlwind of political upheaval, the civil servants, it appears, also became increasingly insecure, defensive and indecisive. A very strong feeling receiving an unfair deal took root among civil servants. They feel that while political bosses pressurize them into taking difficult and controversial decisions—often informed by political-economy considerations—when it comes to accountability and when questions are raised regarding the propriety of those decisions, the political bosses disown hem, leaving the civil servants high and dry and at the mercy of a scathing accountability process.”

The study took account of the number of anti-corruption hounds the civil servants have to fend against while helping politicians with “big decisions.” Bureaucrats are answerable to parliamentary scrutiny, and the propriety of their actions and expenditures is subject to statutory audit by the Auditor General’s Office. They also have to defend themselves before the Public Accounts Committees of the National and Provincial Assemblies. With so much punitive scrutiny in operation, is Pakistan doing well economically? The verdict is here: Pakistan is ranked 136 out of 190 countries on the Ease of Doing Business Index.

That of course is normal but that is not the end of the matter. The bureaucrats have to face grilling by additional accountability organizations like “the National Accountability Bureau (NAB), the Federal Investigation Agency (FIA), and the Provincial Anti-corruption Establishments (PACEs).” These outfits are used by politicians-in-power to punish their opponents, and it hardly matters if these organizations are competent and honest or not. “The ineptitude and incompetence of the staff and agents of the accountability organizations compound the gravity of the difficulty suffered by civil servants,” notes the study.

The authors posit that bureaucratic indecision in Pakistan is due to the impact of five clearly identifiable factors: 1) multiple accountability organizations, 2) internal conduct and disciplinary procedures and media trial, 3) public interest litigation by superior judiciary; 4) pressures of political economy; and 5) the diminishing social respect that bureaucracy has come to receive in society.

It all began with a draconian measure. Political accountability (Ehtesab Commission) was thought up in November 1996 by the caretaker government under President Farooq Leghari, after he dismissed Prime Minister Benazir Bhutto from office. Revenge was uppermost in the mind of the since-deceased Leghari. Instead of reining it in, the draconian NAB was continued for purposes of political revenge by Prime Minister Nawaz Sharif under his henchman, Saifur Rahman, to chastise political opponents. Now, Sharif is serving a long sentence for corruption and looks to be dying of ill-health.

When General Pervez Musharraf ousted Sharif and seized power in 1999, he immediately beefed up NAB to punish political opponents in the two major parties, the PPP and PMLN, reducing accountability to obscenely manifest revenge without transparency and accepted norms of justice. Now, NAB is taking orders from two known quarters to further doom its identity as an instrument of justice. One of course is the government of Imran Khan, despite vociferous denials of any interference by lawmakers of the Pakistan Tehreek-e-Insaf government. The other remains unnamed—but is no less known to those suffering under the heel of NAB’s actions.