Burials in their Backyard 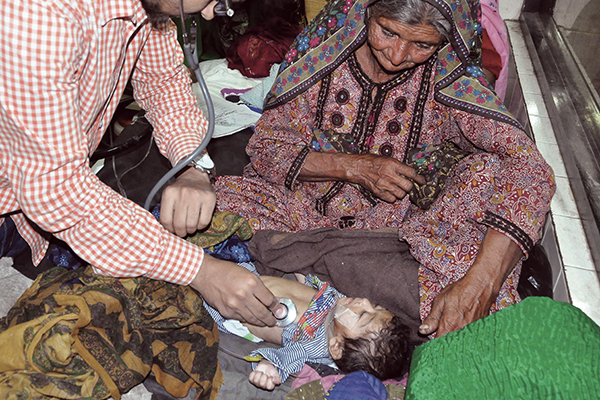 Thar is a scandal. First reports about the rash of easily-preventable deaths in the Sindh desert came when the Sindh-ruling PPP was putting on its big budget Sindh Festival extravaganza. Several months later, with the tally of child deaths at 300, it’s clear the PPP has failed the poor of Thar, and Sindh. The PPP’s response to the deaths—from malnutrition and treatable diseases such as pneumonia and diarrhea—makes matters worse. It first denied reports of the latest deaths, and then blamed them on coalition partner MQM, which held the health ministry. Earlier this month, Sindh Chief Minister Qaim Ali Shah claimed the majority of child deaths were linked to maternity-related complications, and not malnutrition, damaging his own government’s credibility by implying lax healthcare facilities. The 2013 elections reduced the PPP to a Sindh-only party. Thar has all the potential to diminish it even more.

Going Against the Grain