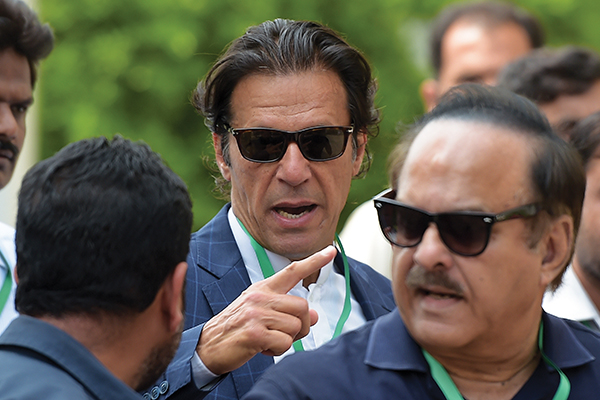 Muhammad Asif, better known as DJ Butt, claims the PTI owes him over “Rs. 140 million” for about four months of daily duty at the party’s antigovernment sit-in in Islamabad last year. Imran Khan’s party, which has chafed at Butt’s going public, says it has already paid the deejay Rs. 60 million. (Butt says he has only received Rs. 52.9 million.) Khan’s latest headache has been music to the ruling PMLN’s ears. “The government will support the protest of DJ Butt if the PTI does not pay him for the services he had been providing,” said Information Minister Pervaiz Rashid. The DJ, who was arrested during the sit-in, has asked Rashid to butt out. The hefty bill is contrary to Butt’s statement last year that he wouldn’t charge the PTI. But, like any true Insafian, Butt hasn’t met a U-turn he could leave behind.