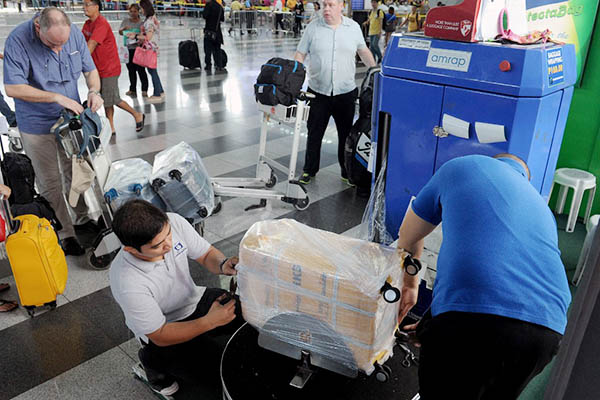 Controversial move cancelled after it draws ire and scorn from Pakistanis

Pakistan’s Civil Aviation Authority on Sunday withdrew a notification ordering all domestic and international air travelers to have their checked baggage shrink-wrapped after inviting scorn and criticism from frequent flyers and environmentalists.

“The letter under reference is to be treated as cancelled ab initio with immediate effect,” said a notification issued by CAA on Sunday. “Any correspondence made in furtherance of the referred latter is also required to be cancelled,” it added.

Earlier, CAA Director-General Shahrukh Nusrat had said that wrapping baggage was now “mandatory,” and it was being done for “safety” purposes. Passengers would have to pay Rs. 50 per bag for the wrapping, he added in a statement. “For this purpose, new plastic-wrapping machines are being installed on an urgent basis,” he said.

Several government officials and senior members of the ruling Pakistan Tehreek-e-Insaf had also come out against the initial notification, questioning why it was being implemented. Among the detractors were Jahangir Tareen, education minister Shafqat Mahmood and human rights minister Shireen Mazari.

“The incorrect notification withdrawn—as I had said this morning it was never a federal govt decision. Will ask to have an inquiry as to how and who in CAA put out such a notification. All bureaucracy should know that Federal Govt means Cabinet! This issue never discussed!” Mazari wrote on Twitter while sharing the withdrawal notice.

The initial notification, issued on July 18, had drawn scorn, with critics suggesting it had been introduced to enrich Air Ciro, a company tasked with doing the wrapping. “What is the logic for this requirement …if this isn’t legalized corruption,” one angry traveler tweeted.

Asif Nawaz Shah, another social media critic, called the new policy a “corrupt profit-making endeavor.” Others suggested the quantity of plastic that would be needed was wasteful. “Why is the #CAA destroying the #environment,” tweeted Ayesha Tammy Haq, a lawyer and broadcast journalist.

Luggage-wrapping machines are a feature at many airports in Pakistan—and elsewhere in the world—but are usually used by passengers to prevent theft by light-fingered baggage handlers and are entirely optional.