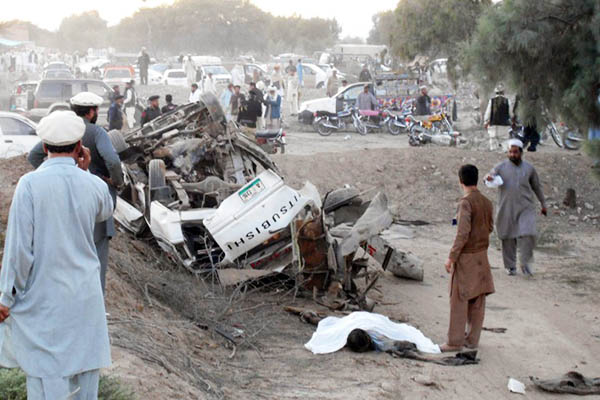 Two people killed, another five injured in the blast.

At least two people were killed when a roadside bomb hit the convoy of a cabinet minister in Pakistan’s troubled northwest on Thursday, police said.

Akram Khan Durrani, a minister for housing in Nawaz Sharif’s cabinet, survived the attack as he was traveling in Bannu after addressing a rally.

“It was an IED which hit two vehicles in Akram Khan Durrani’s convoy. At least two passersby have been killed,” said Tahir Khan, a senior police official in Bannu. He said Durrani was traveling in a bombproof official vehicle and was safe.

Five people, including two policemen in an escort vehicle, were wounded in the blast, which also damaged an ambulance in the convoy, he said.

No militant group has yet claimed responsibility for the attack, but leaders from Durrani’s Jamiat Ulema-e-Islam Fazl (JUI-F) party, an ally of the Sharif government, have been targeted by the Pakistani Taliban in the past. The party’s head Maulana Fazlur Rehman once acted as a negotiator between the militants and the government.