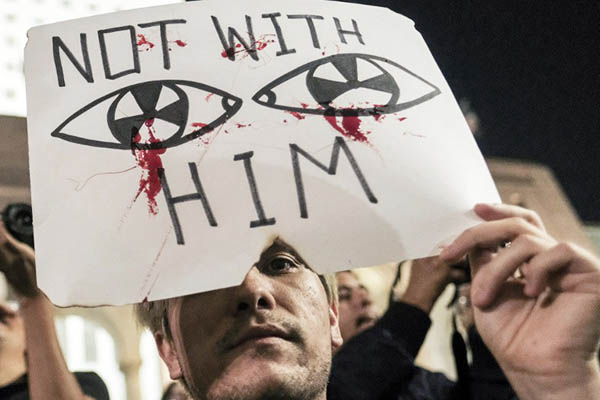 Experts say there is virtually no chance of Golden State ever becoming separate nation.

After Brexit, could there be a Calexit? For some liberal Californians incensed by Donald Trump’s election to the presidency over Democrat Hillary Clinton, secession from the United States is the only way forward.

Although observers say the Golden State has little to no chance to ever become a separate country, the idea is appealing for many who are disenchanted with the shock outcome of the vote and say they feel like strangers in a foreign land.

The state is known for its progressive politics on the environment, gun laws and gay rights. On Tuesday, it voted to legalize the recreational use of marijuana. On the other hand, Trump’s anti-immigrant platform, his pro-gun stance and his skepticism about climate change couldn’t be further away from the views of most Californians.

Shortly after Trump was declared the winner, protesters took to the streets in the state capital Sacramento, Los Angeles and other towns to express their dismay. The hashtag #Calexit also began trending on social media with many Twitter users pairing it with #notmypresident. “I cannot identify with bigotry, sexism, xenophobia,” one Twitter user wrote. “I’m no longer American, I am Californian.” Said another: “We’ll just take our avocados and legal weed and go.”

Silicon Valley venture capitalist Shervin Pishevar, who is Iranian-American, said he was willing to bankroll a secessionist campaign. “If Trump wins, I am announcing and funding a legitimate campaign for California to become its own nation,” he tweeted on Tuesday as the unexpected election outcome sunk in.

He said the new nation would be called New California.

Mark Baldassare, head of the Public Policy Institute of California, said although the idea of seceding is unrealistic, it reflects the state’s long history of thinking outside the box. With a population of nearly 40 million, California is one of the most diverse states in America, with whites outnumbered by Hispanics and members of other ethnic groups. In 2015, it also had the sixth largest economy in the world, according to the International Monetary Fund—ahead of France and India.

“It offers a much broader set of job opportunities—Hollywood, entertainment, Silicon Valley and high tech—not just manufacturing and energy jobs,” said Ann Crigler, a political science professor at the University of Southern California. She said the state’s standing as an economic powerhouse and the fact that it has the most representation in the U.S. House of Representatives also give it huge clout on the federal level.

On the political front, however, the state—like the rest of the country—is not homogeneous, with people living along the coast mostly Democrats and those in rural areas tending to be more conservative. With Trump as president, Californians are worried about a possible backlash on abortion rights, gay marriage and that he could follow through with his vow to deport millions of undocumented immigrants.

Klowden said California’s economy could also suffer if Trump follows through with his pledge to tear up free trade deals. “Ultimately, the real concern is how conservative Donald Trump goes,” he said.

Crigler said given its distance from Washington, its liberal history and the country’s federal system, California should be able to continue to live on the fringe without formally leaving the union. “California has already gone through the immigration frustration and horrible rhetoric that the country is having now with Trump and his supporters,” she said.

On the environmental front, there is not much worry that Trump will try to halt California’s policies, which are among the most progressive in the country. California has a “long history of both parties valuing the environment, the ocean, the mountains, the desert,” said Baldassare. “California being the size of the a nation—population- and economy-wise—it’s already sort of its own nation.”