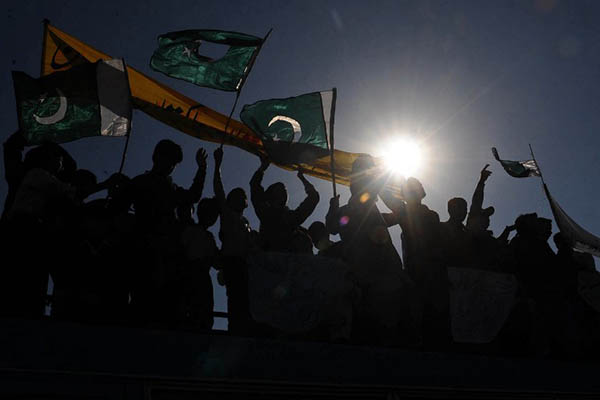 The regular occurrences of violence by Pakistan’s lawyers and doctors can be traced back to their schooling, as seen on Jan. 23, when 15 students of the Punjab University were injured following a clash between two rival groups. Following the violence, police moved in and arrested 196 students—mostly members of the Baloch and Pashtun ethnicities. According to reports, the violence had been brewing for five years with Punjabi students often facing off against their Baloch and Pashtun class fellows at the urging of the Islami Jamiat Tulaba.

During the 1980s, parents in Pakistan had campaigned for an end to student unions across college campuses to save their children from being scarred by violence. Several of Pakistan’s current political lot emerged from such political groups, including the erstwhile leader of the MQM, Altaf Hussain. Then, 35 years ago, General Ziaul Haq banned student politics on college and university campuses. However, despite the ban, the dominance of the Jamaat-e-Islami remained intact in the shape of the Islami Jamiat Tulaba, uncontested by students who had no other unions to represent their majority opinion. The Jamiat produced its “great leaders” like Qazi Husain Ahmad who later played big roles in national politics and military strategy. The unions were gone but the Jamiat was in control of most state-run campuses. University administrations controlled the campuses in tandem with the Jamiat leadership that occasionally defied the Jamaat as well while exercising its extralegal power.

The unions, with a strong presence of “student wings” of political parties, were nothing but trouble and often resulted in violence between students. Because of the dominance of small-city “mufassil” students, who inhabited the hostels and thus became a permanent presence on campuses, the Jamiat controlled the administration through the “ideology” of violence. Today, it has become more menacing because of its “ethnic” nature. The “normal” student has to resort to the private sector to educate himself as state-run universities become less and less competent as teaching institutions. The state must act to clear the campuses of violent hangers-on and open them for genuine students.