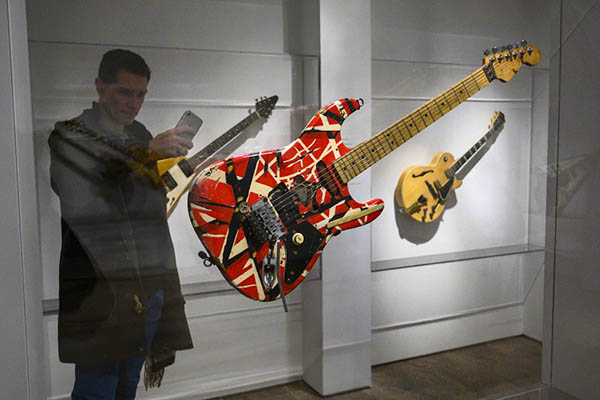 As time catches up with genre’s greats, concerns over its future viability

Mick Jagger “on the mend” following a heart valve procedure, Ozzy Osbourne postponing his tour over a fall, The Who’s Pete Townshend nearly deaf: time is no longer on the side of rock’s legends. And with every farewell tour, biopic, throwback compilation release and mid-20th century icon succumbing to age, chills from rock’s grim reaper can feel increasingly nippy, leaving some in the industry questioning the genre’s future.

Bands flying rock’s banner still exist, of course, with 2000s era groups like The Black Keys and The Killers announcing new music after years of silence. But not one rock group occupied a spot in the top 10 of 2018’s most-streamed acts, according to Nielsen Music, with nine hip hop and R&B performers along with pop megastar Ariana Grande leading the pack.

The influential festival scene has begun relegating rock to lesser stages in favor of headlining pop, rap and electro acts: 2018 was the first year Coachella’s line-up dropped rock groups from the main attractions, with the leading festival following suit for 2019’s edition set to kick off this weekend.

August’s 50th anniversary Woodstock blowout will welcome back staples of the era like Santana, John Fogerty and Canned Heat—but even that event chose headliners including rap royalty Jay-Z, electro-pop performer Halsey and pop star Miley Cyrus to draw a younger crowd. And in perhaps another sign of the genre’s declining share, the top Grammy awards gala hasn’t televised its rock awards in years.

In a 2018 piece entitled “Rock is Dead, Thank God,” Dan Ozzi, a music critic for Vice, wrote that “the genre has been eclipsed in all measures of popularity and profitability by pop, hip-hop, and EDM.”

“And by those standards, yes, rock is dead.”

The 1990s are seen by some in the industry as rock’s last glory days, with Nirvana, The Smashing Pumpkins, The Red Hot Chili Peppers, Pearl Jam and Soundgarden reigning over the scene. But according to Danny Goldberg, Nirvana’s former manager, by the mid-1990s hip-hop had begun occupying the innovative space formerly claimed by rock, galvanizing young people and reflecting contemporary times.

Hip-hop “became the dominant voice of youth culture,” Goldberg told AFP, saying that, as rock once did, the genre became “a transformative art form.”

One scathing review from U.S. music bible Pitchfork said the group’s retro sound offers but “a bowl of nostalgia”—which it dubbed “the cheapest high in music.”

Jacqueline Warwick, a music scholar at Canada’s Dalhousie University, said that while rock used to be seen as the genre for “serious” artists, styles like hip-hop and even pop are beginning to claim their due. “Pop has really become the vanguard of a lot of really interesting and important creative expression,” she told AFP. “And rock has kind of solidified into a bit of a dinosaur.”

But for Deanna Adams, author of several books on the genre, “rock isn’t just rock”—but a sense of innovation that will live on even as its founding innovators die off. “With so many artists leaving us, or falling ill, it’s indeed painful,” Adams, 65, told AFP. “We feel the fear of losing a part of us when they are ill—or, when they pass, we mourn the loss of their music; the concerts we’ll no longer experience. Plus, it of course makes us more aware of our own mortality.”

But she said that even as some question rock’s relevance, there’s no denying the breadth of its influence. “There’d be no heavy metal, punk, or hip hop without rock and roll,” Adams said. “Rock and roll will never die, because it’s a large, hearty branch on a very old, robust tree.”

Indeed, even a number of hip-hop artists say it’s the “spirit” of rock that will live forever. In 2016, when hip hop trailblazers N.W.A accepted their place in the Rock and Roll of Fame—an institution that in recent years has increasingly expanded its definition of rock to include the likes of R&B and rap—member Ice Cube said the genre “is not even a style of music.”