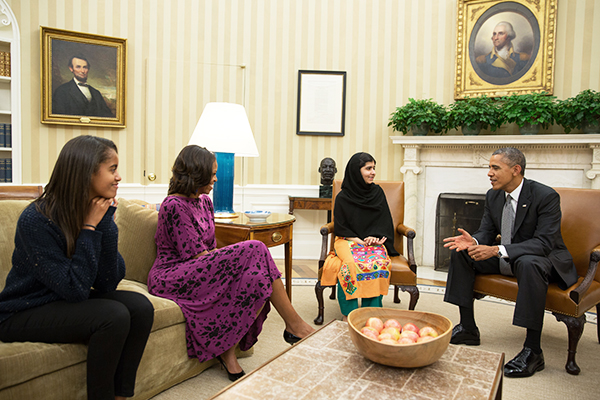 16-year-old is only the sixth person to receive the honor.

Pakistan’s Malala Yousafzai will be offered an honorary Canadian citizenship, a government source in Ottawa said on Wednesday.

The announcement is expected in a speech later in the day outlining the Canadian government’s upcoming legislative agenda, according to a senior government official. Gov. Gen. David Johnston, in his Throne Speech, is also expected to list the economy and trade, crime fighting, and consumer rights as the government’s main focus in the months ahead.

The 16-year-old was shot in Swat in October last year for advocating education for girls. She was flown to Britain for specialist care and made a remarkable recovery, going on to become a global ambassador for children’s rights. Malala has also written an autobiography, I Am Malala, addressed the U.N., and set up a fund to advance the cause of girls’ education.

Last week, she won the European Union’s Sakharov human-rights prize and was welcomed to the White House by President Barack Obama. She had been the frontrunner for the 2013 Nobel Peace Prize, which went instead to the Organization for the Prohibition of Chemical Weapons.