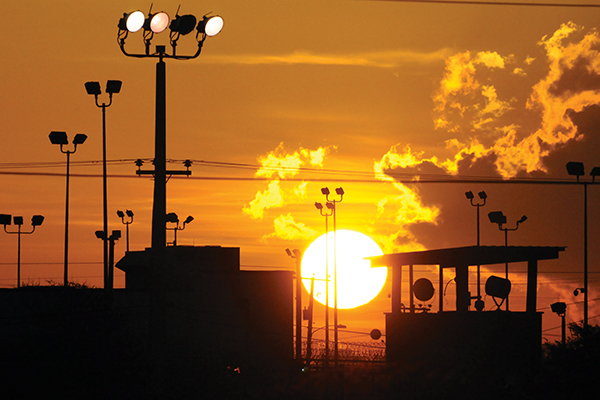 Canada is set to apologize and award millions of dollars of compensation to a former Guantanamo detainee who was captured in Afghanistan at the age of 15 and pleaded guilty to killing a U.S. soldier, reports said on Tuesday.

Omar Khadr will receive at least Can$10 million from the federal government for the treatment he was subjected to during his captivity, according to reports in the Globe and Mail and Toronto Star, which cited anonymous sources.

Khadr, a Canadian citizen, became the youngest prisoner at the U.S. detention camp in Cuba following his capture from Afghanistan in 2002.

Canada’s Supreme Court in 2010 ruled that his rights had been violated by Ottawa, which shared statements he made to Canadian officials with the United States. While at Guantanamo, he was sentenced in 2010 to eight years plus time already served for murdering a U.S. soldier with a grenade, attempted murder, conspiracy, providing material support for terrorism and spying. He won the right to be extradited and was sent home to Canada in 2012 to serve the remainder of his sentence. His lawyers fought for several years to have his status as a minor at the time of the attack recognized. Canada’s Supreme Court finally agreed one week before his conditional release in 2015.

His legal team was pursuing Can$20 million against the Canadian government because his rights as a prisoner were violated.

Public Safety Canada said the government was not in a position to provide additional information owing to the strictly confidential nature of the case. “There is a judicial process underway that has been underway for a number of years now, and we are anticipating, like I think a number of people are, that that judicial process is coming to its conclusion,” Prime Minister Justin Trudeau told reporters in Ireland.

The ruling has precedent. In March, Ottawa apologized to three of its citizens who were tortured in Syria, allegedly with the indirect participation of Canadian officials. The government said it had settled civil suits with three Canadian nationals—Abdullah Almalki, Ahmad Abou Elmaati and Muayyed Nureddin—who were arrested and tortured in Syrian custody just after the 9/11 attacks and detained until 2004.

In a similar case, Canadian computer engineer Maher Arar was tortured in a Damascus prison in 2002, after he was transferred there by U.S. officials based on a Canadian tip-off. But Arar was later cleared of any suspicion by the Canadian authorities, and in January 2007 won an apology from then prime minister Stephen Harper and Can$10 million in compensation from the Canadian government.