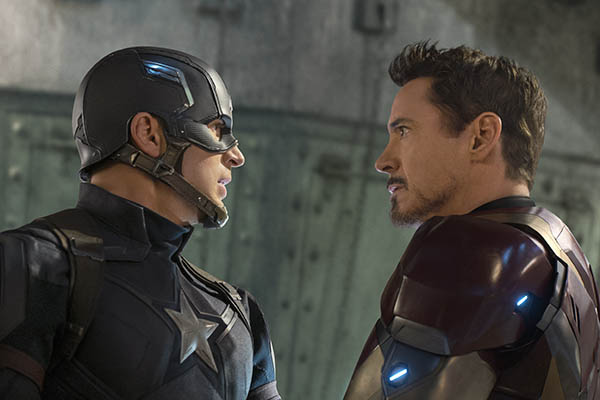 Captain America: Civil War features a cast of Marvel superheroes including Iron Man and the Black Widow who turn against one another in a series of massive fights over whether to submit to United Nations oversight. The blockbuster earned $72.6 million over the weekend, for a total of $295.9 million in just two weeks in theaters, according to data from industry tracker Exhibitor Relations.

Captain America remained in front of The Jungle Book, the remake of the Disney classic about Mowgli and his animal friends, which took $17.8 million over the weekend for a total of $311.8 in five weeks.

Money Monster, starring George Clooney and Julia Roberts, was in third place with $15 million in its box office debut. The Jodie Foster-directed film, which screened at the Cannes Film Festival last week, tells the story of a flashy financial commentator who is taken hostage on live TV.

Another new release, The Darkness, a horror movie starring Kevin Bacon about a family that returns home from vacation and find themselves haunted by the supernatural, was fourth with $5.2 million. In fifth place was Mother’s Day featuring Jennifer Aniston, Kate Hudson and Roberts, which earned $3.3 million.