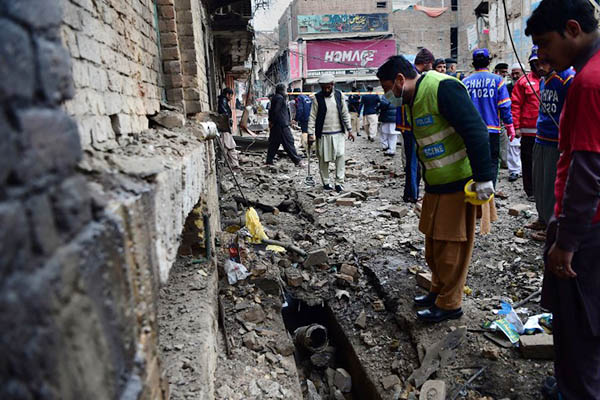 A car bomb injured six people in Peshawar on Saturday, police said, with the blast ripping through multiple storefronts.

Officers said a 10 kilogram improvised explosive device (IED) was fitted to a car parked in the Saddar area of the city. “It was an IED explosion and the explosive material was fitted inside the vehicle,” Peshawar city police chief Qazi Jamil-ur-Rehman told AFP.

He said all six injured, including two women, were in a stable condition.

“All of the vehicle had blown up and only [its] engine part remained intact,” said local bomb disposal squad chief Shafqat Malik.

At least three stores were damaged by the bomb’s impact.

Pakistan has been battling Islamist groups in the Peshawar region since 2004 and multiple bloody military operations have been carried out in the tribal areas neighboring the city. Security in Peshawar improved in the region in recent years, though low-level attacks are still carried out with devastating regularity.