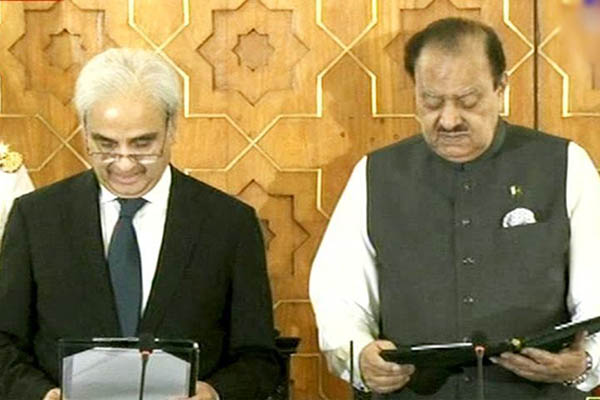 Pakistan’s civilian government completed its term on Friday for only the second time in the country’s history, with a caretaker administration to take over ahead of polls set for late July.

Pakistan has been under direct military rule for nearly half of its 70-year existence, with at least 15 heads of states deposed before completing their tenure, often at the behest of the security establishment.

“Completion of this tenure is a success story for democracy in Pakistan,” the ruling Pakistan Muslim League (Nawaz) party said in a statement on Facebook shortly before the Lower House and cabinet were dissolved at midnight.

Rumors have already begun to circulate about possible delays to the upcoming polls, but officials have vowed to hold elections on time. “The caretaker government will ensure holding of free and fair parliamentary elections slated for July 25,” a senior Pakistani official working with the National Assembly told AFP. A second government official also confirmed the date, saying the process of picking the caretaker cabinet was in motion.

Pakistan completed its first ever democratic transfer of power following elections in 2013, when the government headed by the Pakistan Peoples Party handed over to the PMLN, following a landslide victory. Tensions are mounting in the run-up to the summer’s elections following the ousting of former prime minister Nawaz Sharif by the Supreme Court on corruption charges last July.

Since his removal and subsequent lifetime ban from politics, Sharif has increasingly adopted a confrontational stance with the armed forces, accusing the military and judiciary of working in tandem to reduce the power of his PMLN party.

The general elections are expected to pit the PMLN against its arch-rival the Pakistan Tehreek-e-Insaf party led by former cricket star turned populist firebrand Imran Khan. PTI is vowing to clean up rampant corruption, while investing in education and healthcare as Khan inches closer to his years-long dream of leading the country as prime minister.

Despite the myriad court rulings against the PMLN, the party has bagged a number of recent by-elections, showing it will likely remain a powerful force.