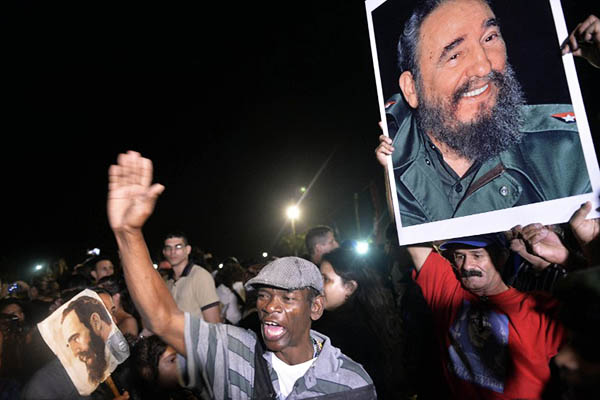 The late Cuban leader is the rare figure to elicit praise from both the right- and leftwing.

Fidel Castro the great Cuban leader died at the age of 90 amid tributes of admiration. In Pakistan, the rightwing praised him for his defiance of imperialist America. The leftwing praised him for standing up to the capitalist exploitation planned and executed under America’s oppressive Monroe Doctrine. Latin America, inspired into defiance by his example, went into mourning.

Like all utopias—beginning with the imagined one by Plato—Cuba was a dictatorship with restrictions on what you could say. For half a century, the America-defying utopia was financed by the Soviet Union. States saddened by the demise of Castro today had chosen the Soviet camp during the Cold War. Those who sought the patronage of the United States are attracted to Castro today because of a reassessment of their life under Pax Americana. Pakistan—this war [against terrorism] was not our war”—regrets its years of friendship with Washington and seeks compensatory comfort in Castro. India, emerging from its low-growth years in the Soviet camp, is nostalgic about Castro as it joins the American camp against China.

Third World praise is based on an assessment of Cuban economy: a affair dominated by state-run enterprises. The take-home salary for most Cubans is around $20 a month with inflation at 5.5 percent. Most Cubans own their houses. They receive free education—literacy standing at 90 percent—healthcare and food subsidies. Corruption is common, although lower than in most other countries in Latin America. Before Cuba accepted “normalization” with the U.S., Venezuela’s free oil had stopped and Russia had to write off $32 billion of what Cuba owed to it.

Ninety percent of the Cuban population wants normalization with the U.S., which accepts 20,000 Cuban immigrants every year in addition to the oppressed Cuban “boat people” who row their way to America, most of them motivated by a hatred of Castro and his oppressive regime.