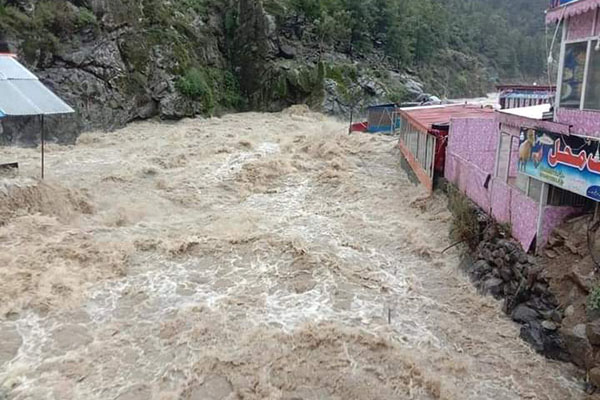 At least 30 people have been killed in various rain-related incidents since Aug. 31, according to the PDMA

At least 30 people have died, and around 38 others injured, in various rain-related incidents across Khyber-Pakhtunkhwa province, the Provincial Disaster Management Authority (PDMA) said on Thursday.

In its daily situation report, the PDMA said that 5 men, 12 women and 13 children had died in various parts of the province due to house collapses or landslides. Torghar witnessed the highest number of deaths, as seven people died after a landslide hit their home in the district.

The report also noted that 15 cattle had perished between Aug. 31 and Sept. 3, while 15 houses had been fully destroyed and 118 had been partially damaged.

According to locals, the bridge connecting Peshawar to Charsadda has been shut, removing the land link between the two cities.

Several parts of the Karakoram Highway and its linking roads have also been blocked for vehicular traffic due to heavy landslides, and communication and electricity supply infrastructure had been damaged, interrupting services.

In Shangla district, floodwater swept away a suspension bridge, as well a kilometer-long stretch of a road.

The PDMA has said that its emergency operation center is active and relief operations are underway in all the affected areas. It has also stressed that steps are being taken to restore blocked roads to ease the sufferings of commuters.