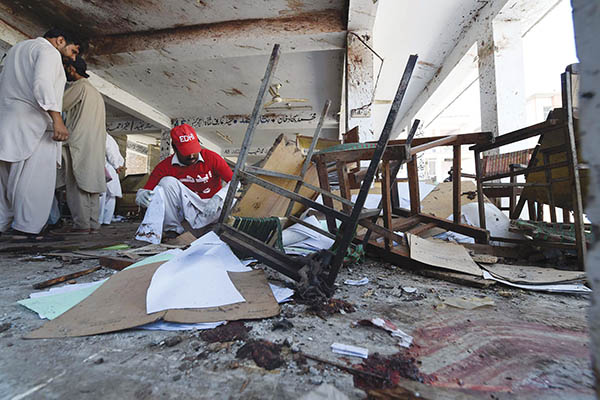 The Pakistani Taliban claimed responsibility for two terrors attacks in Khyber-Pakhtunkhwa province on Sept. 2, targeting a Christian colony near Peshawar and a district court in Mardan. While the first attack was successfully foiled, the second left 14 people dead and over 50 others injured. The Army has repeatedly claimed thousands of terrorists have been killed in Operation Zarb-e-Azb and the militants are on the run. This might be true, but to the average person on the street, these statistics are empty numbers. Instead, they see a ceaseless string of terror attacks that refuse to abate regardless of how many civil liberties the government takes away in the name of security. Islamabad and the Army must accept they have oversold Zarb-e-Azb and the much vaunted but rarely implemented National Action Plan against terrorism. They must take the public into confidence and convince them the war on terror is a long one with many pitfalls and barriers along the way. The era of the public blindly following the directives of their leaders is over. Its about time Islamabad—and Rawalpindi—accepted this new reality.