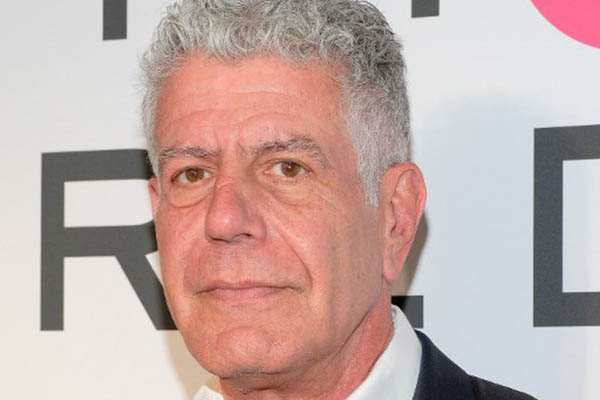 The food critic committed suicide, according to French authorities

Anthony Bourdain, the affable American celebrity chef and author who passionately explored the diversity of the world’s food and cultures on his popular television shows, has committed suicide at the age of 61.

Bourdain was found dead in his hotel room in France, where he was filming an episode of his Emmy-winning CNN food and travel program Parts Unknown, the network said on Friday.

French authorities said Bourdain died by hanging at a luxury hotel, the Chambard, in the village of Kaysersberg in the Haut-Rhin region of Alsace. “At this stage, we have no reason to suspect foul play,” prosecutor Christian de Rocquigny du Fayel said.

CNN said Bourdain’s body was found by his close friend Eric Ripert, the French executive chef of New York restaurant Le Bernardin. “His love of great adventure, new friends, fine food and drink and the remarkable stories of the world made him a unique storyteller,” the network said in a statement. “His talents never ceased to amaze us and we will miss him very much.”

Bourdain’s sudden death drew tributes from around the world—from current and former U.S. presidents to celebrated chefs to ordinary people who learned from his programs. “He was quite a character,” President Donald Trump said, describing his death as “very sad” and “very shocking.”

Celebrity British chef Gordon Ramsay—a fixture on television with his reality show competitions—said he was “stunned and saddened.”

“He brought the world into our homes and inspired so many people to explore cultures and cities through their food,” Ramsay said.

Spanish-American chef Jose Andres said: “You still had so many places to show us, whispering to our souls the great possibilities beyond what we could see with our own eyes.”

A gifted storyteller, Bourdain promoted haute cuisine and street food alike in his travels, encouraging viewers to “eat and drink with people without fear and prejudice.”

“We ask very simple questions: What makes you happy? What do you eat? What do you like to cook?” Bourdain said in 2014 in an acceptance speech for a Peabody Award, a prestigious honor for U.S. media. “And everywhere in the world, we go and ask these simple questions. We tend to get really astonishing answers.”

Bourdain delighted in introducing people to new cuisines. In one episode of Parts Unknown, he showed president Barack Obama how to slurp Vietnamese noodles at a restaurant in Hanoi. “‘Low plastic stool, cheap but delicious noodles, cold Hanoi beer.’ This is how I’ll remember Tony,” Obama said Friday in a tweet. “He taught us about food—but more importantly, about its ability to bring us together. To make us a little less afraid of the unknown. We’ll miss him.”

After a start washing dishes in a restaurant, the New York-born Bourdain gradually rose through the ranks to become a chef. His bestselling 2000 book Kitchen Confidential introduced readers to the workers toiling anonymously behind the scenes in American restaurants, many of whom are Spanish-speaking immigrants.

The book kicked off his celebrity career and led to his becoming a television host, starting with A Cook’s Tour on the Food Network. He went on to host a show called No Reservations on the Travel Channel before moving to CNN with Parts Unknown.

On CNN, anchors struggled to hold back tears as they reminisced about their late colleague and urged people faced with despair or who know people struggling with depression to call a suicide hotline. CNN anchor John Berman remembered Bourdain as a “human contradiction.”

“He loved food. He wrote about food. He lived food. He thought we obsessed about food too much,” Berman said. “He once said to me, ‘I wish people would stop taking pictures of food and have more sex.’ You know, because what he really wanted to do was to show people life.”

Bourdain rhapsodized about the joys of food and drink but was candid about his struggles with own demons, including alcohol and drug abuse and depression.

Bourdain leaves behind a teenage daughter Ariane, from his relationship with his ex-wife Ottavia Busia. He had been dating Italian actress Asia Argento since 2017 and became an outspoken advocate for the #MeToo movement after she revealed she had been sexually assaulted by the movie producer Harvey Weinstein.

“I came out of a brutal, oppressive business that was historically unfriendly to women,” Bourdain said in an interview in January with The Daily Show. “I knew a lot of women, it turned out, who had stories about their experience, about people I knew,” he said.

Argento said she was “beyond devastated” by his death and asked for privacy both for herself and his family. “Anthony gave all of himself in everything that he did. His brilliant, fearless spirit touched and inspired so many, and his generosity knew no bounds. He was my love, my rock, my protector,” she said on Twitter.

Bourdain’s death comes just days after the suicide of another celebrity, designer Kate Spade. “Success does not protect you from depression. It doesn’t protect you from suicide,” Jodi Gold, director of the Gold Center for Mind Health and Wellness, said on CNN.