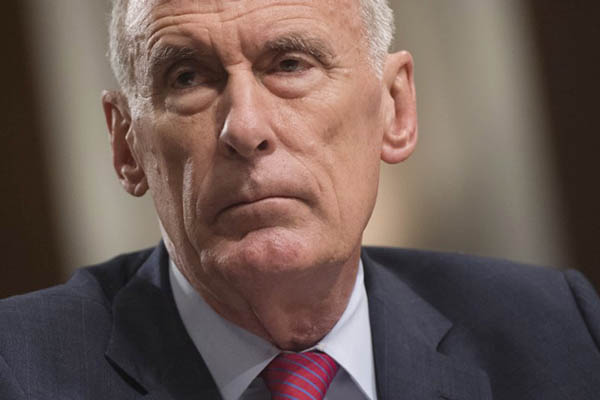 Dan Coats, director of National Intelligence in the Trump administration, thinks Pakistan has been regionally isolated due to India’s rising global status and its “deepening ties with the United States.” He also opined that “Islamabad has failed to curb militants and terrorists in Pakistan and, because of this failure these groups will present a sustained threat to the U.S. interests in the region.” President Trump too, during his recent visit to Saudi Arabia, depicted India as the wronged party facing cross-border acts of terrorism.

Anyone in Pakistan will tell you that the country is isolated in the region. One reason the recent Arab-Islamic-American Summit in Saudi Arabia was negatively viewed in Pakistan was that it appeared to place Islamabad in opposition to neighboring Tehran, exacerbating the already lonely feeling aroused by India’s growing strategic relationship with its neighbors to its west. Even the infamous “Dawn leak” was presumably meant to inform the Pakistan Army that advocacy of Pakistan’s policies at the international level was hampered, if not killed, by its diplomatic isolation.

Pakistan has traditionally viewed its neighbors—Iran and Afghanistan—from the frozen perspective of its strategic opposition to India. Because of a lack of lateral thinking in the face of a changing regional balance of power, Pakistan has trailed behind the other contending powers, especially India. Even its close friend China has been more nimble-footed in its dealings with South Asian and Middle Eastern states. Offending Saudi Arabia to save relations with Iran is no solution to this India-induced solitude. Rather, it is Pakistan’s India policy that needs a radical overhaul—notwithstanding the media self-flagellation over Prime Minister Nawaz Sharif’s recent “private” meeting with an Indian business tycoon in Murree—including but not limited to resolving the Kashmir issue with India.

This is his personal opinion. Might I write it is of no value at all. Relations with Afghanistan have never been good due to Afghan black-mailing attitude towards Pakistan. Iran has its own grudge towards Pakistan due to centuries old Iranian anti-Arab attitude. India is trying to save Jammu & Kashmir it has occupied by force and imposed Hinduism in a pre-dominantly Moslem state. Furthermore what is US interest on Afghan land as so-called CIA-fed terrorists named Al-Qayeda as been allegedly eliminated. If US is not backing RAW in spreading terror in Pakistan then why is it clinging to barren part of land. He has clear facts to hide. A whole batch of CIA-funded terrorists was eliminated this week from Afghanistan. US is spreading terror and giving a bad name to our country.

Who said, Newsweek? ” Anyone in Pakistan will tell you that the country is isolated in the region” It seems “Newsweek Pakistan” has become a mouth piece of India. Newsweek need to clarify that what Trump said was not correct. It is Pakistan who is a victim of major terrorist attacks not India.