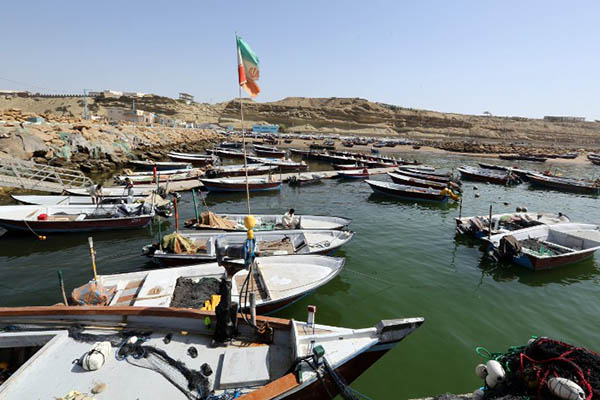 Adopting a police of regional isolation will only hurt Pakistan

India has sent its first consignment of wheat to Afghanistan through the Iranian port of Chabahar; and in the next six months it will send six more consignments of wheat totaling 1.1 million tons. This will also take almost all the Afghan trade out of the Afghan Transit Route through Pakistan and give it to Iran, changing the nature of Afghanistan’s relations with both Pakistan and Iran. U.S. Secretary of State Rex Tillerson, visiting New Delhi recently, assured India that even if America re-imposes sanctions on Iran in the coming days, it would exempt the Chabahar facility.

When the Chabahar deal was made between Tehran and New Delhi in 2003, Islamabad didn’t feel compelled to revisit the country’s strategic location between India and Central Asia. It had turned away from the idea of Pak-India free trade and had not responded to India’s award of “Most Favored Nation” status in 1996. The idea of being a trading hub didn’t appeal to it. Last year, looking at the rapid development of Chabahar as a transit port for Afghanistan, it got a little upset despite the fact that it was doing the same thing with the China-Pakistan Economic Corridor (CPEC), which India doesn’t like.

Last year, speaking at a local think tank in Islamabad on “National Security, Deterrence and Regional Stability in South Asia,” former defense secretary Asif Yasin Malik said: “The alliance between India, Afghanistan and Iran is a security threat to Pakistan.” Another retired defense secretary, Nadeem Lodhi, said the existence of “such a formidable bloc” in the neighbourhood had “ominous and far-reaching implications” for Pakistan. In stark contrast, Adviser on Foreign Affairs Sartaj Aziz said that Pakistan did not see Iran’s Chabahar port as a rival and that Pakistan was in fact exploring the possibility of developing links with it from Gwadar.

Pakistan’s friend China thinks differently and this doesn’t rub off on Pakistan despite much admiration for the way Beijing has advanced in the world as an economic power. As far as China is concerned, CPEC would benefit by joining up with India, Afghanistan and Iran, three countries where China has also invested in a big way. Although it is late in the day, an increasingly unstable Pakistan has to abandon the path of isolationism and worry more about trade and economic development.

Rex-T is doing no favours by promising to exempt the Chabahar facility from US sanctions. In any case, India always ignored these sanctions. Plus, food is never on the sanctions list.