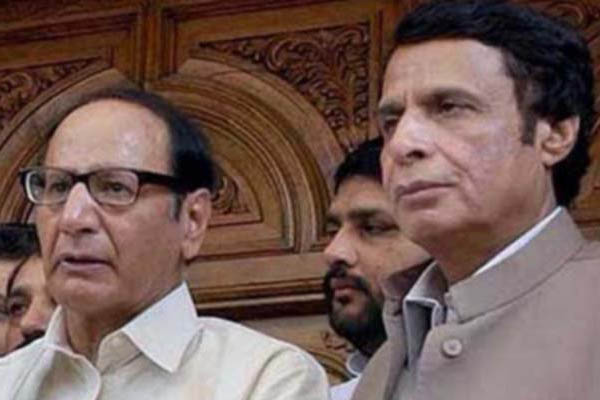 In a reply submitted to the LHC over a joint petition filed by the PMLQ leaders challenging three 20-year-old inquiries against them, the bureau said its probe had found that the wealth of Hussain and his family had increased to Rs. 2.556 billion between 1985 and 2018, while their shareholdings had increased from around Rs. 2 million in 1985 to Rs. 500 million.

According to the NAB statement, Hussain’s family has acquired properties worth over Rs. 123 million during this period, while his sons Shafay and Salik Hussain have loaned Rs. 1.5 billion to different companies owned by them. It claimed that, since 2004, Hussain had received foreign remittances of more than Rs. 581 million, adding that five of the people who had sent these remittances had denied ever sending any money to Hussain.

In its reply, NAB has alleged that this proves the petitioner and his family used fake identities to route money from foreign countries to Pakistan.

Similar to Hussain, the NAB statement alleges that the wealth of Elahi and his family had increased to Rs 4.069 billion between 1985 and 2018. It claims their shareholdings increased to Rs. 3 billion, while they also acquired properties worth more than Rs. 250 million.

In another similarity to Hussain, NAB has alleged that while Elahi and his family have received Rs. 978 million in foreign remittances sine 2004, three of the people who had sent them this money had denied doing this. This, said NAB, proves that Elahi and his family used falsified information to route money from abroad to Pakistan.

The anti-graft watchdog claimed it had repeatedly asked the petitioners to explain these discrepancies but they had yet to provide any satisfactory answers.

Separately, says NAB, an inquiry into misuse of authority has found that Elahi was accused of making illegal appointments in the local government board during his tenure as chief minister of Punjab. It also maintained that inquiries into the illegal assets and misuse of authority of the PMLQ leaders had never been closed and all investigations were conducted in accordance with law.

In its response, NAB asked the court to dismiss the petition filed by the PMLQ leaders against the inquiries into their finances.

A spokesman for the PMLQ later told media that NAB was being used for “political engineering” and accused the anti-graft watchdog of repeatedly opening and closing cases against the two men.

The Supreme Court had, earlier this week, issued a ruling in which it had slammed NAB’s investigative prowess and urged the government to examine why the public increasingly saw it as a tool for political victimization.