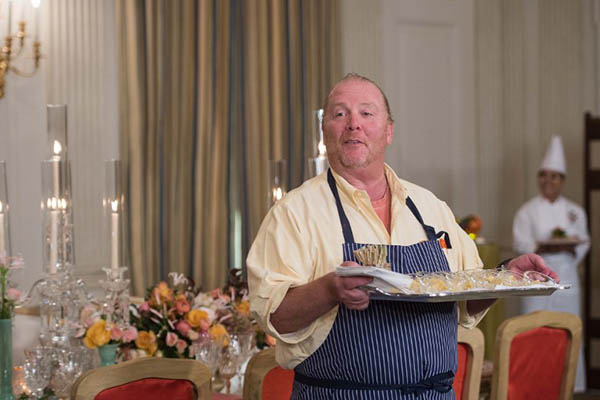 Celebrity chef Mario Batali stepped away from his eponymous gastronomic empire on Monday, after multiple women accused him of sexual misconduct over the course of at least two decades.

In allegations published by the food website Eater, four women speaking on condition of anonymity said Batali—recognizable for his generous physique, flaming red ponytail and signature orange Croc shoes—groped them and made inappropriate comments.

One of the most famous figures in American cuisine, the 57-year-old Italian-American is a popular TV personality whose empire includes 26 establishments nationwide, as well as cookbooks, cookware and food products. Controlled by private shareholders, the group does not publish its accounts but U.S. media has estimated its worth to be at least $250 million.

Three of the women interviewed by Eater worked for Batali’s restaurant conglomerate.

The restaurant management Batali and Bastianich Hospitality Group told Eater the famous chef was taking leave from the day-to-day management of his company, of which he nevertheless remains a shareholder. The group did not respond to an AFP request for comment.

The ABC television network, which airs Batali’s foodie show The Chew, said it asked the famous chef to “step away” from the program “while we review the allegations that have just recently come to our attention.”

“While we are unaware of any type of inappropriate behavior involving him and anyone affiliated with the show, we will swiftly address any alleged violations of our standards of conduct,” an ABC spokesperson told AFP.

The accusations come in the wake of disgraced Hollywood mogul Harvey Weinstein’s downfall, which triggered a flood of public accusations of harassment, sexual assault or rape against dozens of personalities from the world of entertainment and media, the arts and politics.