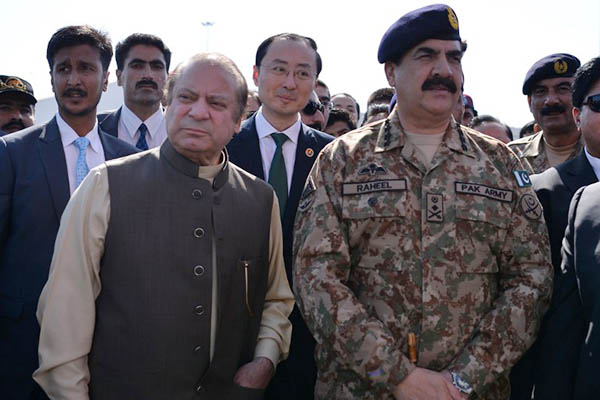 General Raheel Sharif is beloved by the common man for being a consummate professional.

He often looked stern, as if he had a chip on his shoulder, but turned out to be the most “normal” officer to lead the Pakistan Army. Pakistan’s Chief of Army Staff Gen. Raheel Sharif is due to retire on Nov. 29 but if there was ever a general that Pakistanis didn’t want to see the back of it was him. People wanted him to get a three-year “extension” from the prime minister and stay on. But he didn’t want to linger like his predecessors who were all forced to step down with a blot on their names.

Why did the common man love Sharif? Because he went after terrorists bred by Pakistan’s past flirtation with irregular warfare. In Karachi, where people enjoyed the false peace of “balance of terror,” killings went down 70 percent. Everyone felt the difference and wanted him to run the country.

He was not like his predecessor general Ashfaq Kayani, who hung on despite knowing the Army hated the practice of taking extensions and blocking promotions down the seniority ladder. He was also not like Pervez Musharraf who blundered on Kargil and then staged a coup to retain his authority. Nor was he like general Aslam Beg who told then-prime minister Benazir Bhutto to keep off security and foreign policies because the Army ran them; or general Ziaul Haq who hanged an elected leader and medievalized the state to remain in power. Instead, General Sharif stood by Pakistan’s nascent democratic process and refused to support an attempted takeover of government by Imran Khan in 2014.

But Sharif wasn’t loved by Pakistan alone. The world loved him because he went after the Al Qaeda-connected Taliban who had to flee Pakistan or risk being targeted in Operation Zarb-e-Azb. He never sat in the GHQ planning self-perpetuation. He even visited Afghanistan to assuage a government hurt by past military leaders of Pakistan. Sharif never pretended to be the inventor of new paradigms; he simply corrected past errors and remained professional.