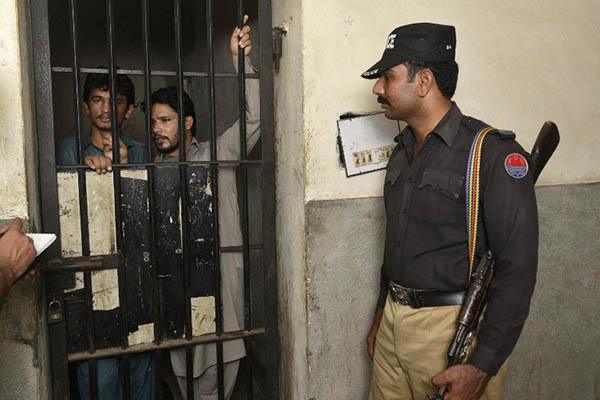 A lawyer for victims of a major child sex abuse scandal in Pakistan on Monday accused police of protecting the culprits, as activists warned the case was only the tip of the iceberg.

At least 280 children were filmed being sexually abused by a gang of 25 men who used the hundreds of videos they produced to blackmail the youngsters’ parents, according to Latif Ahmed Sara, a lawyer and activist representing the victims.

Shahbaz Sharif, the chief minister of Punjab, where the abuse took place, has ordered an independent judicial probe and Prime Minister Nawaz Sharif has vowed stern action against those responsible.

But there are suggestions of a politically influenced cover up. The village at the heart of the scandal, Hussain Khanwala, lies in the ruling Pakistan Muslim League-N (PML-N)’s Punjab stronghold.

Police have arrested at least seven people over the allegations but Sara accused them of dragging their feet. “The police are protecting the criminals, they are supporting them and have provided them an opportunity to escape the village,” Sara told reporters.

The head of Punjab’s Child Protection Bureau, Saba Sadiq, described the case as “the largest child abuse scandal in Pakistan’s history.” But an initial police probe, carried out last week at the behest of the provincial government described the allegations as “baseless,” a conclusion immediately rejected by local media and rights activists.

District police chief Rai Baber Saeed told AFP officers were doing their best to catch those responsible, but accused activists and media of exaggerating the scale of the abuse. He claimed the case was an old one, dragged up by a group of villagers as a tactic in a land dispute.

The gang allegedly attempted to extort money from parents of victims, selling clips of the videos locally for Rs. 40 each if they did not pay up. “They made the video of my son in 2011 and we have been paying the blackmailers since then,” the mother of one of the victims, who did not want to be named, told an AFP reporter. “I have seen the videos, they are disgusting,” she said.

Activists working to fight child sex abuse said the problem was widespread in Pakistan but difficult to quantify because victims were often unwilling to speak out. The concept of family “honor” is very important and many people would be afraid of the “shame” it would bring to admit being the victim of a sexual assault.

Mumtaz Hussain from Sahil, Pakistan’s leading campaign group working against child abuse, said there were more than 3,500 registered cases last year—representing nearly 10 children a day being abused. But he said the true figure was far higher, perhaps as many as 10,000.

“Very few are reported because the victims and families are shy to disclose the sexual offence against them because of cultural, social and religious barriers,” he said.

Sex is a taboo subject in conservative Pakistan and rights activist Samar Minallah said the unwillingness to discuss it was making it easier for abuse to happen. “It is important to break the silence and challenge the taboo around it,” Minallah told AFP. “How can a child be safe if he knows that his parents, the culture and societal norms expect him to remain silent to uphold the family’s ‘honor’?”