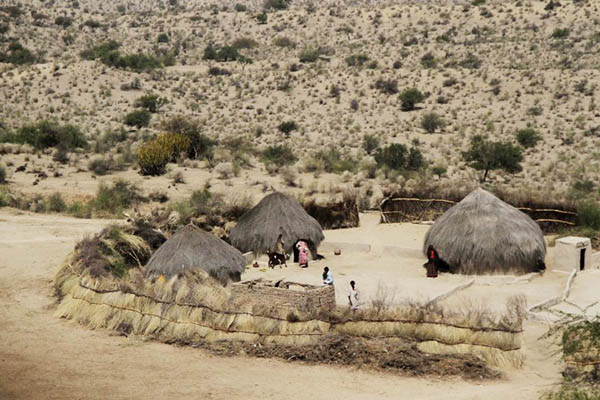 U.N. official says situation is due to combination of malnutrition and lack of health care facilities.

The Thar Desert, straddling the Indian border and one of Pakistan’s poorest areas, has seen an alarming number of children suffering pneumonia or diarrhea due to a dangerous mix of drought, poverty and poor health infrastructure. The deaths have prompted criticism for the Pakistan Peoples Party (PPP), which governs in Sindh where part of the desert is located.

A total of 496 people, 296 of them children, have died in Thar this year, said Taj Haider, a senior PPP official with responsibility for the Thar situation. Since the start of October alone, 48 children have died in Thar, according to doctor Abdul Jalil, district health officer for Tharparkar district.

This week around 40 children, some in critical condition, are undergoing treatment in a hospital in Mithi, the nearest town to the affected area, according to humanitarian sources. “The current situation is due to a combination of factors. Low rainfall and sheep pox exacerbated malnutrition and [there was] a lack of health care facilities,” said a U.N. official.

Life in the desert is closely tied to rain-dependent crops and animals, with farmers relying on beans, wheat and sesame seeds for survival. They barter any surplus for livestock. There are few healthcare facilities in the area, and families must travel substantial distances to seek treatment.