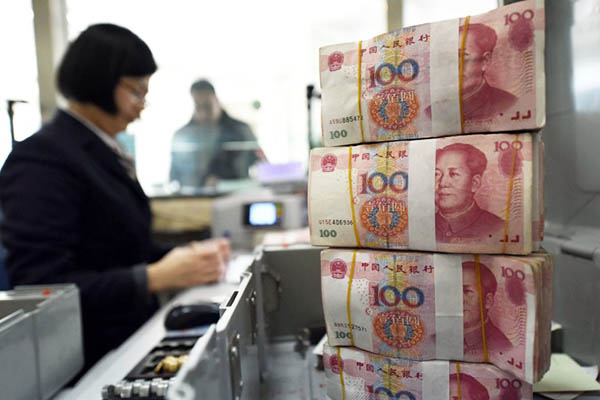 Analysts say the cash injections are a replacement for monetary easing.

China’s central bank said on Thursday it was funneling 340 billion yuan ($52 billion) into the financial system, the second injection in three days to meet surging demand for funds ahead of the Lunar New Year holiday.

On Tuesday, the People’s Bank of China poured 440 billion yuan into the system through regular open market operations, which Bloomberg News said was the biggest in three years. The Bank also announced in a separate statement that it would carry out similar operations on all working days, instead of just Tuesdays and Thursdays, for three weeks from Friday and expand its moves to provide short-term liquidity around the holiday.

Chinese companies typically pay salaries and bonuses before the holiday, which falls in early February this year. People also traditionally exchange cash and gifts during the period. The Bank last week flooded the financial system with more than 1.5 trillion yuan.

Some analysts say the recent cash injections are a replacement for monetary easing as the Bank has become reluctant to cut reserve requirement ratios—the proportion of money banks must put aside—on worries over the impact on China’s yuan currency, which has been weakening.

China’s economy grew at its slowest rate in a quarter of a century in 2015, at 6.9 percent, raising expectations for further cuts in interest rates or reserve requirements. “The huge amount of open-market injections are targeting the pre-holiday cash demand,” Liu Changjiang, a Shanghai-based bond analyst at Soochow Securities, told Bloomberg. “As the central bank has become less willing to cut reserve requirement ratios, such short-term funds are only keeping the money market tightly balanced.”