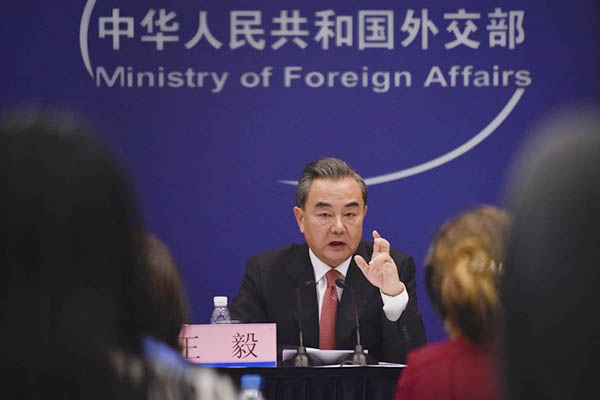 China said on Wednesday it hopes India will “learn lessons” following the end of a months-long military standoff in a strategically important disputed area in the Himalayas.

The two nations resolved the deadlock over the Doklam area claimed by both China and Bhutan, an ally of India, just days before Indian Prime Minister Narendra Modi is expected to attend a BRICS summit in eastern China.

“Of course we hope the Indian side will learn lessons from this incident and prevent similar things from happening again,” Foreign Minister Wang Yi told a news briefing on the upcoming BRICS summit, which includes both nations as well as Brazil, Russia and South Africa.

New Delhi announced on Monday that both countries were pulling back their border forces, while Beijing said only that India had withdrawn “all its border personnel and equipment that were illegally on the Chinese territory.”

The standoff began on June 16 and sparked what some analysts said was the worst crisis in decades between the neighboring nations.

India does not claim Doklam for itself but is closely allied with Bhutan, which it regards as a buffer against rival China to the north. India and China have a long history of mistrust and went to war in 1962 over the Indian state of Arunachal Pradesh.

Wang said “it’s only natural” for two major countries to have “some problems in our interactions.”

“We hope that China and India will join hands and work together for the rejuvenation of Asia,” he said. “On the border face-off caused by India’s trespassing, that has been settled.”

The foreign minister did not say whether Chinese President Xi Jinping and Modi would hold bilateral talks on the sidelines of the BRICS summit next week in the port city of Xiamen. “The first thing is whether the leaders have the willingness to meet,” Wang said. “If there’s a willingness from the leaders participating [in BRICS], the Chinese side will try to make it possible if our schedule permits.”