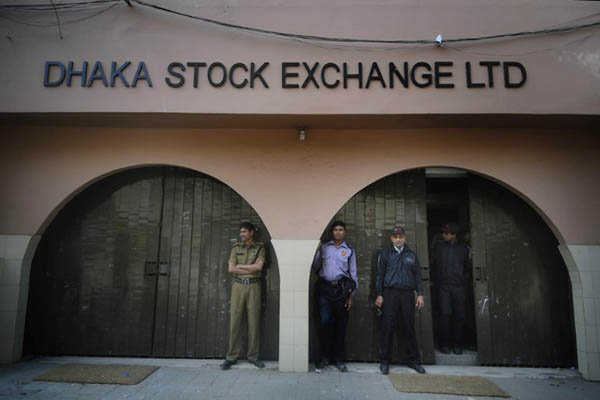 India and China have launched rival bids for a large stake in Bangladesh’s stock exchange, officials said on Thursday, as the Asian powers jostle for strategic influence in the region.

A bourse official said the Chinese bid was approved by the board but it was rebuffed by Bangladesh’s financial regulators, sparking allegations of political meddling. “The BSEC [Bangladesh Securities and Exchange Commission] declined to give the order to go ahead,” the official said, speaking on condition of anonymity. “It also asked the DSE to further scrutinize the proposals.”

The BSEC declined to comment on whether the Chinese offer had been formally rejected. But the regulator’s executive director Saifur Rahman told AFP it could “always override the exchange’s decisions.”

“No final conclusion has been drawn yet. The auction process is still at an early stage,” he said.

Local press has blamed political interference for the alleged favoritism toward India, despite the offer from the Mumbai-based stock exchange falling short of China’s more lucrative bid by nearly 50 percent.

The competing bids have exposed tensions in Bangladesh as it juggles growing interest from China against long-standing ties with India, its large and influential neighbor.

New Delhi threw its weight behind the 2014 elections that returned Prime Minister Sheikh Hasina to power, despite allegations from the opposition that the vote was rigged.

Prime Minister Narendra Modi’s government has made big investments in Bangladesh and Indian companies have won lucrative multi-billion contracts in key sectors in recent years. But increasingly it must counter China, which has courted Pakistan and strategic Indian Ocean nations including Sri Lanka and the Maldives.

Xi Jinping became the first Chinese president to visit Bangladesh in more than three decades when he touched down in Dhaka in October 2016 to sign deals worth more than $20 billion. But there have been setbacks, with Bangladesh last month blacklisting a top Chinese construction firm for allegedly trying to bribe a senior government official.