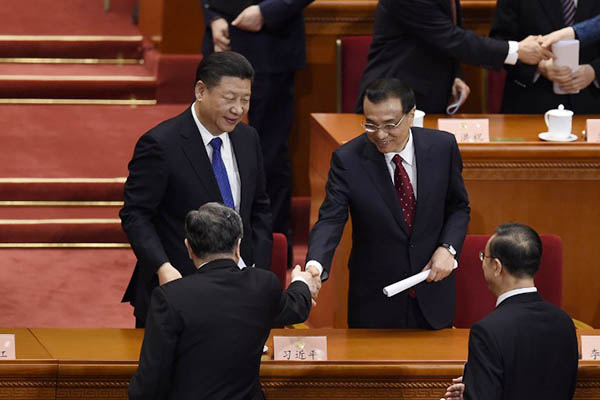 Chinese legislators have drafted a provision that would make it a civil offense to disparage “heroes and martyrs,” state media reported on Monday, as the Communist Party looks to burnish its narrative of the nation’s history.

Delegates of the National People’s Congress (NPC), the annual meeting of China’s rubber-stamp parliament, are currently debating a slew of rules to map out the country’s first civil code. The amendment would place civil liability on “people who harm the name, portrait, reputation and honor of heroes and martyrs, hurting the public interest” according to Xinhua state news agency, which did not give details on possible penalties.

The ruling Communist Party is sensitive to any literature or media that challenges its nationalistic narrative, with ever-tighter restrictions on freedom of speech and the press since Xi Jinping became president in 2013. Xi has revived versions of Communist history to rally people around his “Chinese Dream.”

The president declared in October that the party should emulate the spirit of the Red Army’s Long March, when soldiers are said to have traveled at least 12,500 kilometers through some of the country’s most remote and hazardous terrain to escape the Nationalists during the civil war in 1934.

Though many academics contend that the retreat was a military failure, the Communist Party has deemed those who challenge its lore “historical nihilists.”

Last June, a Chinese court ordered an apology from the editor of a progressive magazine, Hong Zhenkuai, for questioning the official story of the “Five Warriors of Mount Langyashan,” touted as patriotic heroes for jumping off a cliff rather than surrendering while to the Japanese during World War II.

The Beijing Xicheng District People’s Court ruled that Hong had “tarnished [the warriors’] reputation and honor,” and hurt the feelings of their two sons, along with those of the Chinese people.

Xinhua said the NPC Law Committee stated it has made 126 changes to the latest draft of the civil code, which is expected to be completed in 2020.